Investor confidence in the Eurozone surged in March, reaching the highest level since 2007, signaling a definite end of the recession in the currency bloc.

The Sentix investor confidence index surged to 18.6 in March from 12.4 in February. That was the highest level since August 2007 and well above expectations calling for 15.0. A reading above zero on the index indicates optimism, whereas a reading below that level conveys pessimism.

“The sentix Economic Index signals a definite end of the recession for the euro zone,” read the official press release. “The index for the assessment of the current situation is back in positive territory and, even more important, 6-month expectations continue to climb and reach a multi-year high. The combination of low oil prices and a weak euro help the euro-area economy with its comeback.”

Nearly 5,000 registered investors, including more than 1,000 institutional investors, took part in the March survey, according to Sentix.

The index has been rising continuously since October of last year, reflecting gradual improvements in the euro area economy. Investors’ assessments of the current economic situation reached a nearly one-year high in March. The barometer of 6-month expectations spiked to its highest level since February 2006, giving hope the euro area recovery will be sustainable throughout the course of 2015.

The Eurozone economy expanded at an annual rate of 0.9 percent in the fourth quarter of last year, Eurostat confirmed last week. The uptick was led by Germany, which grew 1.6 percent year-over-year. The European Central Bank last week upgraded its outlook on Eurozone growth to 1.5 percent for this year, up from the 1 percent it predicted in December. For 2016, GDP is expected to grow 1.9 percent, up from a previous forecast of 1.5 percent.

The ECB’s €60 billion a month bond-buying program was underway on Monday, raising cautious optimism the currency region was on a path to overcome very low inflation. Prices across the euro area declined 0.3 percent in the 12 months through February, a marked improvement from the 0.6 percent plunge in January. So-called core inflation was up 0.6 percent annually in February, unchanged from the January rate. Inflation is forecast to reach the ECB’s target of just under 2 percent by 2017, according to the ECB’s revised outlook.

In currency news, the euro rebounded slightly against the dollar, but was trading near 11-year lows. The EURUSD advanced 0.24 percent to 1.0853 after peaking at 1.0908 on Monday. 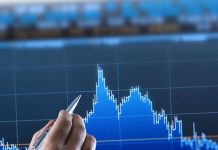 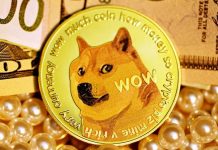