The annual report of Berkshire Hathaway starts with impressive figures of net worth of $15.4 billion earned during 2015 only. Moreover, one of the company’s goal is to increase its ownership interests and last year they successfully purchased additional shares of “Big Four” investments: American Express, Coca-Cola, IBM and Wells Fargo. As a result of repurchase, each increase of 1% in ownership raises Berkshire’s portion of their annal earnings by apprx. $500million.

“This is not the price you pay. This is value you get”  Warren Buffett

Warren Buffett  is regarded as a legendary investor who has many monikers. Buffett has established himself so well that his inputs can make a difference in the world; he is the chief executive and primary shareholder of Berkshire Hathaway. Here, we’re going to be looking at 10 top stocks that Warren Buffet’s Berkshire Hathaway owns.

Fruit of the loom becomes another holding controlled by the Berkshire Hathaway since 2011 when Warren Buffett decided to salvage it from bankruptcy. The company which is said to be in existence since 1871 and has been known for producing quality underwear and the likes is now under the custody of the Berkshire.

Benjamin Moore has become a faction of the Berkshire since 2000 when Warren Buffett replaces the Moore’s chief executive officer in order to boost the company’s sales in terms of quality and uniqueness.

The retail giant – Walmart, is one of the holdings of the Berkshire which comprises of 2.6% of his public equity portfolio. According to reports, Walmart is composed of three segments, they are: Walmart U.S., Walmart International and Sam’s Club. 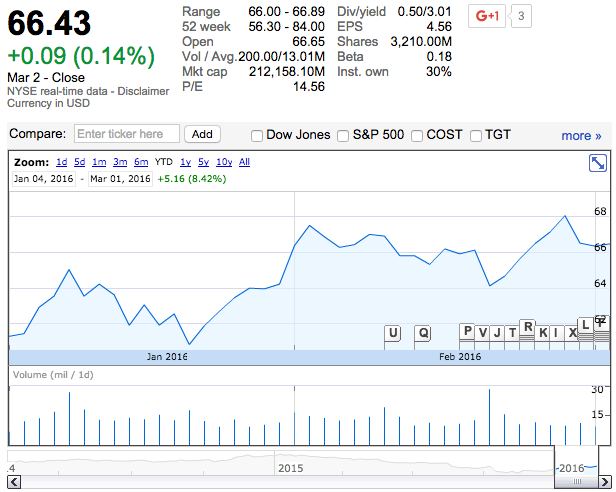 Phillips 66 is a holding that specializes in energy manufacturing logistics activities. The company operates through different segments such as: midstream, chemicals, refining, and marketing and specialties. All thanks to Berkshire’s investing abilities. 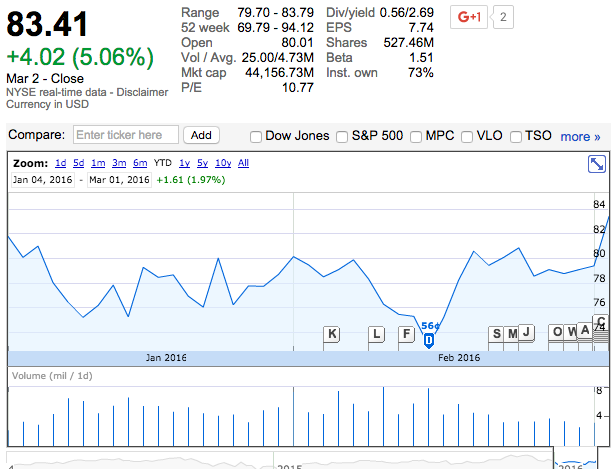 Reports have it that after many years of eyeing the H.J Heinz, Warren Buffets’ Berkshire Hathaway has reached agreement together with 3-G Capital Management – a Brazilian firm, to be putting the biggest share that is up $23.3 billion for Heinz. Way back in February, 2013, Buffet was interviewed about how the deal is going; he said the deal has been materialized already.

Deere is a holding company that is known for manufacturing and distributing agricultural equipments and turf, as well as construction of other equipments that are used in forestry. Buffett’s Berkshire Hathaway has the majority of the shares in the Deere and is aiming to boost the production and output of the company. 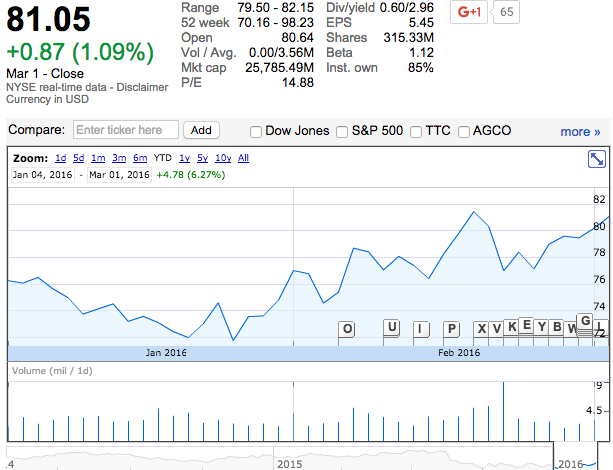 Warren Buffett has for long been a great fan of the world’s largest distributors of beverages and as possibly as many predicted, he had already has hand in its tremendous services to the whole world. In Buffet’s words “I am one quarter Coca Cola.” 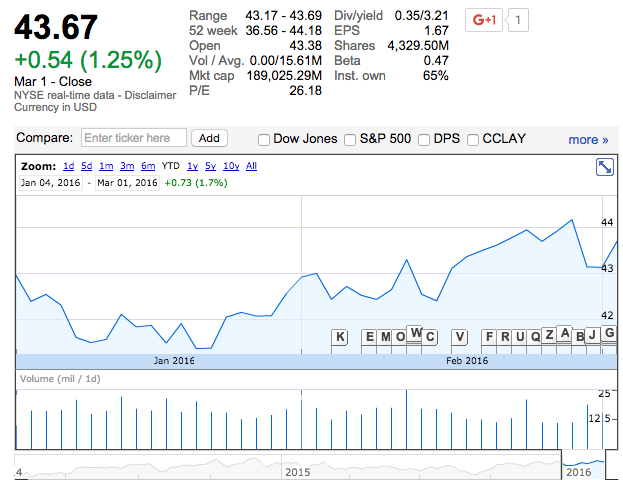 Wells Fargo is a holding that is known worldwide as a provider of retail, commercial and corporate banking services; serving individuals, institutions, as well as business organizations. According to reports, Berkshire’s top holding, Wells Fargo has a nearly 20% allocation in the billionaire’s public equity portfolio. 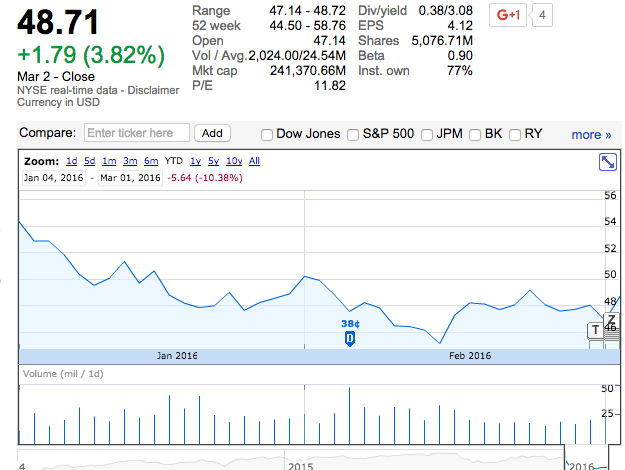 IBM is highly regarded as one of Buffett’s biggest stock investment with over 81 million shares comprising about 8.5% of his portfolio since the year 2011. IBM is an international holding that provide information technology goods and services across the globe. 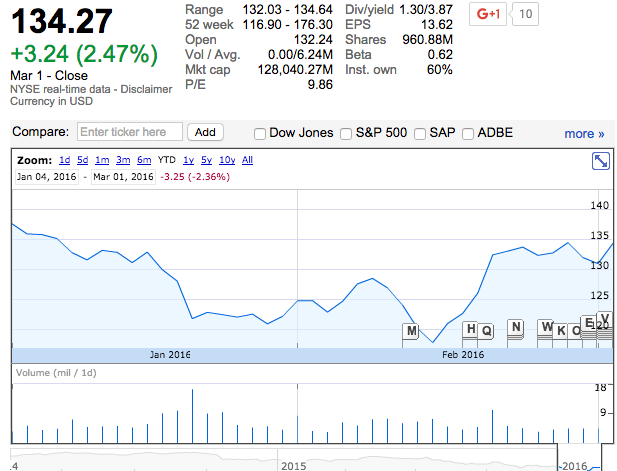 The first on the list is the “General Motors”. The General Motors’ has been reported as Buffett’s top stock as observed by the world’s market experts, with the auto maker has about 38-cent quarterly dividend, giving it a yield of 5.5%. General Motors is a well-known automaker that designs, builds, and sells variety cars including trucks and vehicle parts across the world. The company mostly operates in the North America, Europe, South America, among others. 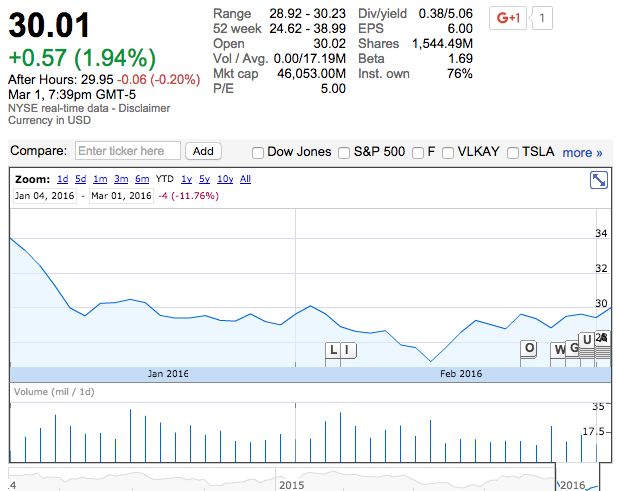 Powerhouse Five – called the group of companies that also includes Berkshire Hathaway Energy, Marmon, Lubrizon, IMC an BNSF. These companies are the most profitable non-insurance businesses of Berkshire Hathaway, that earned $13.1 billion in 2015. As mentioned in annual report, next year there will be “Powerhouse Six” with addtion of PCC, Precision Castparts Corp, business purchased recently for $32 billion cash.

Investment in renewable is another strategic pathway, after commitments made by Berkshire Hathaway Energy (BHE) in support of the Paris Climate Change Conference. BHE invested $16 billion in renewable and now owns 7% of the country’s wind generation and 6% of its solar generation. 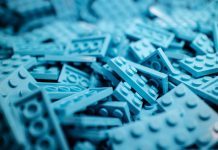 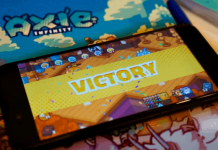