Bitcoin and various alts are showing a level of stability typically not seen for extended periods in the asset class. Bitcoin registered minimal movement, lingering around the $9,200 level, although it did dip somewhat towards the end of the week. With trading volume in the crypto markets being low across the board, cryptoassets seem to only be reacting to news on their own networks or projects rather than general market announcements. Many seem to be satisfied with holding their crypto firm at the moment.

So what is going to drive the next bull run in bitcoin? In my view, it is institutional investment. Bitcoin is the most well-known and biggest crypto by market cap and its development to date has mainly been dominated by retail investors. As word has spread, in particular since the price boom of 2017 and 2018 where prices hit all time highs of $20,000, we have begun to see more institutional interest. This has taken the form of institutional investors buying the underlying cryptoasset and indirect investment such as buying shares in bitcoin trust companies or investing in ETPs (Exchange Traded Products).

If we are going to see bitcoin prices rise sustainably above the $10,000 psychological barrier and even as high as $30k or $40k, then more capital inflows are needed, which will most likely have to come from institutions. Glassnode recently shared an interesting stat, showing that 61% of bitcoin in circulation hasn’t been touched in over a year. That’s an all-time high for this metric. In fact, the last time we witnessed such inactivity was just before the great bitcoin bull run of 2017. An omen of things to come, perhaps?

The key departure from the theme of mundanity and consolidation being Cardano’s ADA. As we’ve already mentioned in this newsletter previously, the Shelley upgrade is on track – refreshing to see from a decentralised app platform (I’m looking at you, Ethereum 2.0). As investors have shown confidence in IOHK and their development strategy for Cardano, the price of ADA has also been on a considerable upward projection. Beginning the year at $0.034, this morning it currently sits at $0.0992, which is a 190% increase this year so far.

While ADA is seemingly on the up, the same cannot be said for XRP. Despite Ripple securing good partnerships for its on-demand liquidity service, the coin itself has struggled to perform lately. Since the beginning of June it has been on a relatively steady downward slump, starting at $0.211 on the 2nd June, and currently sitting at $0.182. The ongoing legal troubles that Ripple has had in terms of conflict with the SEC has clearly been weighing on investors’ minds, and despite the positive steps in its space that Ripple has made, many have turned bearish on the coin. Nevertheless, we continue to see each week XRP appear in the top invested cryptoassets on eToro, suggesting some clearly think the token has a future.

The Financial Conduct Authority released its 2020 Cryptoasset consumer research 2020 research note, highlighting some of the positive strides we have made in the sector in various aspects. Many of the stats they’ve highlighted in the report back up views I already held on the technical knowledge of many retail crypto investors, but it is pleasing to see the data quantify them.

For me, the key takeaway is the knowledge and level headedness of many investors in the asset class. For example, 90% of all investors researched their investment before taking the plunge. Another aspect highlights an issue eToro has been at the heart of in the UK: regulation. The FCA report found that a lack of such protections is preventing 73.2% of consumers who do not own but wish to purchase crypto from doing so. This, alongside topics of insurance and custody, is imperative if we are to see cryptos adopted more widely as an asset class.

There are groups and private companies in the industry working with regulators and policy makers to move forward with regulation in the UK. eToro UK was a founding member of CryptoUK and our own crypto exchange eToroX was also one of the first among a handful of crypto providers to have received a distributed ledger technology (DLT) licence from the Gibraltar Financial Services Commission under the Investments and Financial Fiduciary Service Act. Naturally, there is plenty more to be done on a global scale, but regulation is clearly important to the consumer and it should be important to the sector participants too. 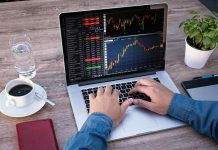