It seems like for months people have been asking when the next bitcoin bull run will happen and now that it appears to be here, everyone wants to know why.

There are more than a dozen reasons why the crypto markets are surging lately, some of which we’ll get into below, but the ultimate reasons are nothing new and can be explained quite simply.

Bitcoin has a strictly limited supply of 21 million coins that will ever be minted. About 4 million of those have not yet been mined and another 4 million are estimated to be lost for good. So, the circulating supply at the moment is closer to 13 million coins. Of those, there are a lot of people who are simply not willing to sell at any price. So the liquidity of this market is incredibly thin.

Meaning, that each time we get a wave of demand, there simply aren’t enough coins to go around, which pushes the price up at a rapid pace. Don’t be surprised, this is part of the design.

Of all the theories about why crypto is skyrocketing at the moment, there’s one that I wanted to pour a bit of cold water on, that is that the recent rekindling of the trade spat between the US and China is leading some to buy bitcoin.

Indeed, we can see that crypto and stocks have been moving in opposite directions for the last few weeks. In this graph, we can see the correlations of bitcoin with the US Dollar (red), Gold (blue), and the S&P500 (grey).

Notice how gold has continued to correlate with crypto? This is a clear indication that people are not dropping gold to buy bitcoin. To the point, the biggest move here is the grey line, showing that the correlation between bitcoin and the stock markets has swung from positive to negative.

However, correlation does not equal causation!

In fact, one of the main advantages of cryptoassets is that they are largely uncorrelated with other financial markets. We need to remember that the numbers in the graph above are pretty small. Right now bitcoin and stocks have a negative correlation of 0.19, which is virtually insignificant.

At eToro, clients are able to close out a stock position and open a crypto one, but most hedge fund managers don’t have that type of flexibility at this point in time.

Stock markets are getting jittery due to the rhetoric between Donald Trump and China. However, a trade war between the US and China is not necessarily a reason to buy bitcoin.

If however, there were to be some sort of general erosion of trust in central banks and fiat money, now that would be a different story. But all we’re seeing in equities at the moment is a minor sell-off due to high evaluations of some of the top stocks.

The Reasons for the Surge

First, it should be noted that bull runs aren’t made in a single day. The market has been building up to this ever since the mid-December lows. The price of bitcoin has almost doubled since January 1st making it the best performing liquid asset on the planet.

The volumes have also been incredibly strong lately. Bitcoin’s volume on the 10 largest crypto exchanges, as tracked by Messari, was as high as $1.7 billion this morning. On chain bitcoin transactions are near their highest levels ever and Arthur Hayes from Bitmex announced that they just tracked a new all-time high trading volume.

Using the strong and steady price rise of the last few months as a base, we can examine some of the top technical and fundamental reasons for the recent surge. This article in Cryptoglobe names a dozen of them.

Of those, one is the recent drama between Tether and New York Attorney General. This is something we’ve been talking about for about a year already saying that if things hit the fan, it’s likely to spark a bull run.

The fact that the market shrugged off the binance hack is quite significant. They’re set to resume deposits and withdrawals by tomorrow. Hope it goes smoothly.

Last but not least, the consensus effect. We’ve seen several times in the past where the largest crypto gathering in the world has had a significant effect on the price. So for all of our colleagues, clients, friends, and partners in New York. Enjoy the convention!!

Looking at the chart

A day like today deserves an extra special chart. So let’s zoom out and see if we can figure out where we are in the cycle.

As we know, bitcoin tends to go through some massive boom and bust cycles. Bull runs often lead to gains greater than a thousand percent, while bear markets tend to see drops of more than 80%. If you’re not sure how these cycles work, please review this article.

So, in order to determine where we are now, we’ll need to zoom out all the way to the beginning. We’ll also use a logarithmic scale graph, which is better for seeing percentage movements.

If the cycle repeats itself and we do see a 1000% surge from the recent lows, that will bring the price up to $31,000. Given that crypto adoption is still in the very early stages, suddenly price predictions like $50,000 to $100,000 per coin don’t seem so incredibly insane.

Take another look at the graph. The $100,000 level doesn’t seem so incredibly far off.

Of course, as with any emerging technology, this is an incredibly risky investment. There’s even a fair chance that it will go from here straight to zero. Especially after a surge like we saw this weekend, I’d say that a minor retracement can probably even be expected. So please invest with caution. 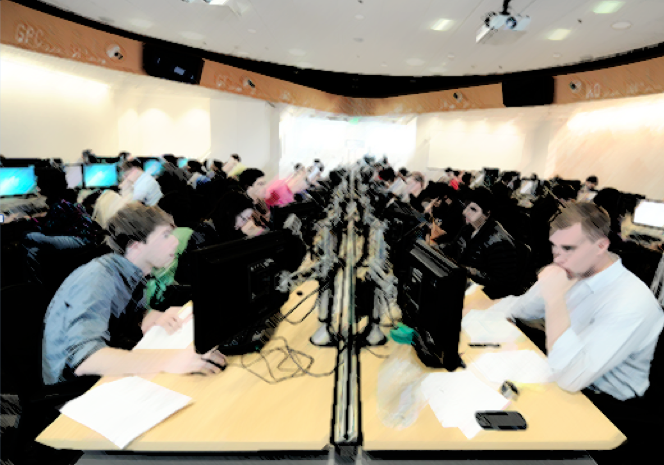