The EUR/USD was on its heels Thursday, as the markets awaited key remarks from Mario Draghi after the European Central Bank held interest rates at record lows.

The European Central Bank kept its main interest rate at 0.05% on Thursday, as predicted by the vast majority of market analysts. The deposit rate was also kept unchanged at -0.2%.

The ECB has remained relatively quiet since launching a €1.1 trillion stimulus program back in March to counteract deflation and promote economic growth. Bank policymakers are now focused on facilitating Greece’s new bailout plan, which was passed by Greek parliament on Wednesday.

The EUR/USD has declined by more than 2% since Monday, as news of a Greek bailout agreement made its way through the markets. The US dollar has strengthened significantly over the same period, as investors have shifted their attention back to the Federal Reserve’s rate hike timetable. The dollar index advanced 0.5% on Thursday, climbing to 97.63.

In economic data, Eurozone inflation was unchanged in June, as energy prices declined by a wider margin. On an annual basis. consumer prices in the 19 countries sharing the euro increased 0.2%  in June, Eurostat confirmed on Thursday. So-called core inflation, which strips away volatile components such as food and energy, rose 0.8% annually. Energy costs fell 5.1% following a 4.8% drop in May.

In US data, initial jobless claims declined by 15,000 to a seasonally adjusted 281,000 in the week ending July 11, the Department of Labor reported Thursday. That was the sixteenth consecutive week jobless claims were below 300,000, a threshold usually associated with a stronger labour market.

National unemployment currently sits at 5.3%, just above the range that most Fed policymakers consider consistent with full employment. US employers added 281,000 nonfarm payrolls last month, following a gain of 271,000 in May.

Guide to Crypto-Currencies Part 6: The Problem(s) with Bitcoin 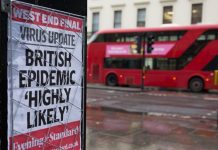