It has been interesting for the cryptoasset markets as of late. We have some price movements after a few weeks with not a lot of action. Whilst traditional equity markets also saw moderate growth, namely the S&P 500 rising from 3,155 to 3,188 in early July, a number of cryptoassets took off. Interestingly, the S&P 500 and bitcoin are currently at an almost perfect correlation of 0.95. Whilst both have recovered strongly this year, neither have been able to reach the pre-March highs.

Much has been written about Alt Season, and understandably so, as Tezos, ADA, XRP and Chainlink have all been flying. Given the lower liquidity that exists with these coins, often a small announcement of progress or a positive piece of newsflow can affect the price to a fairly large degree. So what has driven the performance of some of these alts?

Cardano’s ADA continues to exhibit some strong price action, as the Shelley upgrades continue apace. Chainlink recently hit an all-time high, surpassing the $5 mark, as news emerged that China’s Blockchain Service Network launched 135 public city notes. XRP also popped, as many investors seemed to realise the coin had been oversold and that $0.18 was an unjustified price given the significance of the token.

Bitcoin, conversely, has made minor gains in comparison to some of the aforementioned alts. Currently sitting at $9,280, it has yet to see the volatility that has permeated through ADA, Tezos and XRP. The hashrate is back at an all time high, which many believe will precede a price rise. I personally don’t take this view, although I do appreciate that these hashrate increases do show increased efficiency in the system, thus leading to less overheads for miners and less of a reason to sell (as I mentioned in a CoinTelegraph piece on the theme). There has yet to be the post-halving bull run many expected, but as I noted in my newsletter from the 18th May (Halving has come and gone, now what?), expecting a direct jump in price following the event ‘is a fundamental misunderstanding of the long-term nature of bitcoin as an investment’. I am still of the view that the halving bull run will happen, it may just take a spark from an external source to initiate it.

In a year of extensive technical developments, ADA’s Shelley upgrade is really showing itself to be the wheat in a sector rife with chaff. Cardano has continued to roll out developments on the dates they predicted on their Shelley roadmap, and investors have rewarded such punctuality by pouring into the coin and seeing it hit a high of $0.135 on Wednesday morning – the highest since late July 2018. In our own platform data, ADA jumped up to fourth the list of top traded cryptoassets in June. In a tweet on Tuesday, Cardano co-founder Charles Hoskinson reached out to Litecoin creator Charlie Lee about a possible collaboration, testing cross-chain communication between LTC and Cardano.

In real world developments, ADA’s wallet developer Emurgo announced a partnership with online travel agent Travala. Users will be able to use ADA when paying for bookings on the Travala platform, and as a reward for doing so, will also receive 10% cashback.  It is always exciting to see real world uses for cryptoassets, and this is no exception.

So with all the positives coming out of Cardano, does it stand a chance of overtaking Ethereum as the go-to platform for decentralised apps? In my view, Cardano needs to score a few large high profile projects on the platform, which could potentially see popularity of ADA’s actual use case speedball, as opposed to just receiving interest from investors.

Lastly, Chinese ride hailing giant DiDi will be trialling the country’s CBDC, the digital Yuan. It does seem that China is undoubtedly winning the race to be the first country to launch its own digital currency. As we’ve already highlighted, China has also continued to develop its Blockchain Service Network too, and all signs point to an imminent launch of a digital currency. This is ahead of similar projects in the US, which is being pushed heavily by groups such as the Digital Dollar Project, and has also found an (admittedly distanced) advocate in congresswoman Rashida Tlaib. The digital dollar would help provide a solution to many of the country’s ills, such as the difficulty in getting central bank stimulus cheques out to the population quickly and to those who are unbanked in the current infrastructure. Clearly we have not been extolling the virtues of such a digital currency loudly enough. 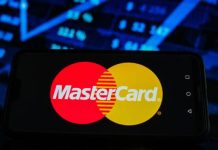 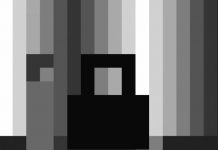