The US dollar was back on its heels on Thursday, declining against a basket of trade-weighted peers following disappointing housing data.

The US dollar index, a gauge of the dollar’s performance against six currencies, declined 0.38% to 97.94. The dollar index is in full reversal mode following last week’s short-lived rebound.

The dollar was trading to the downside against most of its peers. The EUR/USD advanced 0.47% to 1.0733, as the euro continued to benefit from comments by European Central Bank President Mario Draghi, who said on Wednesday that the central bank’s bond buying program was already bearing fruit.

The European Commission will produce final March CPI data at the end of the week. Eurozone deflation is expected to have moderated at -0.1% in March. So-called core inflation is forecast at 0.6% annually.

The dollar lost ground against the British pound, which appears poised to re-test the 1.50 handle. The GBP/USD advanced 0.6% to 1.4920, easing from an intraday high of 1.4941. The UK had no economic data to report on Thursday, as investors turned their attention to Friday’s jobs report. The Office for National Statistics on Friday is expected to show a further decline in the claimant count rate. The ILO unemployment rate is forecast to drop to 5.6% in the three months through February from 5.7%.

The USD/CHF also came under pressure in a day of broad reversal for the greenback. The USD/CHF consolidated at 0.9625, declining 0.25%. The pair had previously bottomed out at 0.9603.

The greenback continued to plunge against the Canadian dollar, as the USD/CAD declined for a third day. The pair consolidated at 1.2234, declining 0.52%. The USD/CAD has declined a staggering 400 pips since Monday.

The US dollar was little changed against the Japanese yen, as the USD/JPY held its ground at 119.04.

The dollar has traded in lock step with oil this week. The price of Brent crude soared above $63 a barrel in mid-week trading. It has since consolidated around $62.55 a barrel as of Thursday. 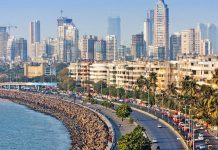