The week ahead is a big one for inflation data with the EU, the UK and Japan all set to release their latest cost of living indicators. Whilst in recent years this has not been that much of a major market moving event, inflation is definitely in focus at the moment with investors trying to guess when the next move on interest rates is set to arrive.

With that relevant data about to come out, David Jones, Chief Market Strategist at Capital.com, shared his insights about it:

“Out of the three, UK inflation on Wednesday is likely to be the closest watched. Annual CPI is expected to be around 2.7% and the pound is going to be the market to watch here. Over the past month we have seen a solid recovery for the pound versus the US dollar. Last Friday saw it hit its best levels since early August, suggesting a shift in sentiment after it had slid very sharply since April. Unless the inflation number comes in much higher than expected, the market is probably not going to change its view that the next move for the Bank of England won’t come until after the UK has left the EU.” he said.

In stock markets, last week saw the broader US stock index the S&P500 come within 1% of its previous all-time high. US stock markets remain buoyant and investors seem only too ready to step in and buy the dip of any sell-off. Following last week’s 10th anniversary of Lehman Brothers imploding and the headline-grabbing start of the financial crisis there has been some commentary about how the next crisis could be just around the corner.

“If this is the case,” mentioned David Jones, “investors in the US are not paying attention to the doom-mongers just at the moment and it would not be surprising to see US markets set fresh highs again before the month is out. For individual shares, a lot of the focus last week was on Apple which continued to pose the question “just how much are people prepared to pay for a phone?”. It’s latest product launch suggests the answer is “even more than we thought a year ago”. It certainly has not damaged the share price.  At the end of last week, Apple was trading at less than half a percent below its all time high – the share price has risen by almost a third during 2018.”

Rest of the Markets: Gold and Oil

Capital.com chief market strategist also had some words for the rest of the market broad, saying that other markets had a fairly flat week. Gold has definitely lost a lot of its sheen as stock markets have pushed higher. This coupled with a resurgence in the US dollar in recent months means that the yellow metal is trading around 10% lower for the year to date. Oil remains volatile but largely directionless. We are seeing buyers happy to step in on weakness to the mid-$60s per barrel – but no real conviction to hold on much higher than $70. It remains at the moment a market for nimble traders rather than anyone positioning themselves for a major move.

David Jones is part of Capital.com, an insurgent fintech “on a mission to make the world of finance more engaging, accessible and useful. With an award-winning financial trading platform, available on web and app, it uses patent-pending technologies to revolutionise the trading world,” as they described themselves.

With the ultimate goal of improving clients’ trading performance through education, Capital.com delivers financial lessons, videos, quizzes and more through its Investmate app. 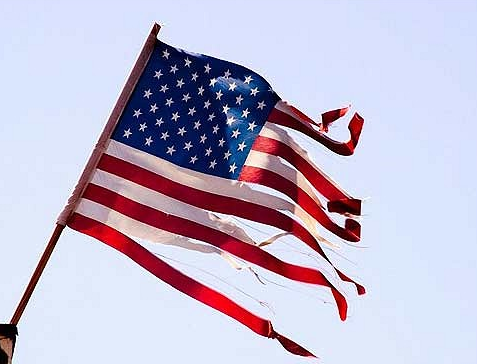