In attempting to simplify crypto, someone once made an analogy to distinguish between bitcoin and ethereum, the two largest crypto assets. Bitcoin could be thought of as gold, and ethereum, oil. It’s a bit clunky but you get the point. One serves as a form of money, and one greases the wheels of economic activity.

If all goes well, Ethereum will make a seismic transformation on or around the 15th of September, in a development that has the potential to change the structure of the crypto universe. It will move from a “Proof of Work” to a “Proof of Stake” consensus mechanism. This means that the security which underpins the network will move from energy-intensive “mining” to “staking”, whereby holders of ETH can allocate their coins to the staking mechanism, in return for a reward, or “staking yield”.

This is an enormous undertaking, likened to changing a jet engine mid-flight, and has been 5 years in the making. There have been so many delays that there remains considerable scepticism that this time it will get over the line, although the signs are good with the various “testnets” (Beacon, Goerli, Ropsten) having been given the all-clear.

The ramifications are hard to overstate. At a stroke the largest smart contract network becomes environmentally friendly. The new Proof of Stake ethereum will use barely any energy at all to remain secure, certainly no more than a typical internet stock. At the same time the supply of new ethereum onto the market will drop drastically, on our current estimates by 88%, making ethereum even less inflationary than bitcoin. Thirdly, the staking mechanism will enable ethereum holders to derive a return. In other words, the crypto world will contain an asset that has a yield, an important consideration for the long-term evolution of crypto as an alternative financial system, since it underpins the universe with a reference rate.

These factors are huge ticks for the institutional investor. A successful merge can catalyse the space and the market is waking up to this. Since mid-July, when the date of the Merge was announced, ETH’s price has risen around 60%, compared to bitcoin which is up by 17% or so. Admittedly it takes the year-to-date declines to around the same level, but it’s nonetheless a big discrepancy, and takes the ETH/BTC ratio back to historically elevated levels as shown below.

Yet this is just the beginning. It is a technology, after all. Vitalik Buterin, Ethereum’s cerebral creator, reckons that the Merge is only 55% of the transformation process. After the Merge come various other improvement stages, poetically termed the surge, the purge, the verge and the splurge. Without going into detail these are all enhancements to scalability, utility and security.

One important aspect of Ethereum is the notion of “credible neutrality”. This describes, in Vitalik’s words, a “mechanism that does not discriminate for or against any specific people”. At the core of the Ethereum project is its neutrality, in that it shows no favours to any party, and importantly has no centralised control. This is important not only to developers, who are trying to build a system that is genuinely decentralised, but also makes a persuasive case for ethereum to be marked by regulators as a commodity rather than a security. This is important from the perspective of both scrutiny and tax treatment. It also marks Ethereum out from its competitors, none of which can make the same claim with a straight face.

Ethereum has established itself as the premier smart contract blockchain and has a network that is the envy of all others. Yet, it has been relatively slow, horribly expensive, and very energy consumptive. The Merge is the first step in eliminating all these objections. There is a risk, of course, that it all goes wrong, and the ETH community will be holding their breath in mid-September. But if it proceeds smoothly, it will make it a genuine contender to become the dominant currency of the internet. 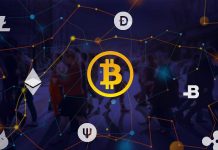