Jaguar Land Rover automaker has partnered with German non-profit the IOTA Foundation to let drivers earn cryptocurrency for sharing data. Specifically, the drivers that share their data will be able to earn IOTA cryptocurrency as they drive by enabling their vehicles to report “useful” data, according to a recent press release and mentioned by CNBC.

The company will also provide a “smart wallet” to their clients. From here they would be able to use their crypto at their disposal. At the time of writing, IOTA’s cryptocurrency is worth around 27 U.S. cents per token and can be used to pay for everyday costs such as coffee, parking, or charging electric vehicles. The company expects that by 2015, more than 75 billion devices will be connected.

Following the announcement of partnership between a carmaker and a crypto foundation, temtum Founder and Senior Cryptography Advisor, Richard Dennis MSc gives his thoughts on mainstream adoption and the capabilities of next generation blockchains. “Rewarding drivers is a great incentive for corporations who crave big data to encourage their own customers to allow them to collect it, with only the most scalable of blockchain solutions making these features possible in the near future.”

“Seeing major manufacturers pick up on scalable blockchain technology is an exciting development for the industry and something that we’ve believed possible with temtum’s developments over the past 6 months,” he added.

A step further to driving data, Mr Dennis said that rewards and wallet integration within vehicles is our own solution of running vehicles and IoT devices as nodes directly on our temtum network, where a BMW i8 is already participating and confirming transactions on our mainnet.

This would be the very first time that some emergent technologies will be put at use at a grand scale. Cars made by JLR would collect data from road conditions, such as traffic or potholes, and they will share them to navigation providers and local authorities in real time. Once the data is received, other connected vehicles can be warned to take alternative routes. Internet of Things, blockchain, Artificial Intelligence are just few of the many technologies that would be in play.

Dennis continued: “This will enable developments to move in even more diverse directions as manufacturers and developers explore the capabilities of next generation blockchains and currencies for the benefit of both the OEM, their customers and general consumers who want to use cryptocurrencies more in everyday life.”

On JLR side, Russell Vickers, a JLR software architect, said in a press release on Monday: “In the future an autonomous car could drive itself to a charging station, recharge and pay, while its owner could choose to participate in the sharing economy — earning rewards from sharing useful data such as warning other cars of traffic jams.” 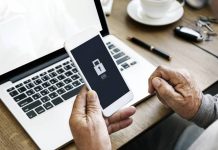 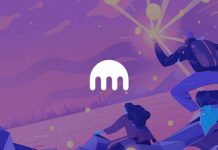 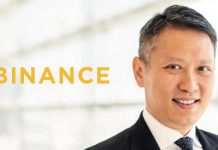