An indication from European Central Bank President Mario Draghi that further monetary easing may be coming next month weighed on the euro on Thursday but failed to lift European stocks, as investors digested mixed corporate earnings.

Speaking in front of European Parliament on Thursday, Draghi said that inflation would take longer to normalize than previously thought, signaling that the bank would re-examine the case for more monetary easing next month.

According to Draghi, “signs of a sustained turnaround in core inflation have somewhat weakened.” He added that, “the option of doing nothing would go against price stability.”

Draghi’s dovish remarks weighed on the euro, which had earlier rallied to a high of 1.0783 US. The EUR/USD exchange rate reversed its gains and would later settle at 1.0731, declining 0.2%.

The euro has remained relatively subdued this week after plunging 150 pips on Monday. Meanwhile, the US dollar index was virtually unchanged after declining on Wednesday.

Draghi’s QE hint failed to lift European stocks after a mixed session in Asia. The pan-European STOXX 600 Index declined more than 1% in intraday trade. London’s FTSE 100 Index was also down 1%. In Frankfurt, the DAX fell 0.8%.

The Hang Seng Index in Hong Kong rallied more than 500 points or 2.4%.

Meanwhile, commodity prices continued to decline on Thursday, with oil futures reversing an earlier gain. The West Texas Intermediate (WTI) benchmark for US crude fell 60 cents or 1.4% to $42.33 a barrel, its lowest level on the New York Mercantile Exchange since August.

Gold prices also stumbled after stabilizing for most of the week. Gold for December delivery, the most actively traded contract, slipped $3.90 or 0.4% to $1,081.00 per troy ounce on the Comex division of Nymex. 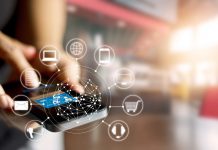