The world’s second largest cryptoasset, ethereum, hit an all-time high recently. Its recent meteoric rise parallels bitcoin’s push to its previous high at the end of 2020. Here are the views of Simon Peters, cryptoasset analyst at multi-asset investment platform eToro.

Ethereum’s all-time high marks the beginning of a great year for the world’s second largest cryptoasset. However, that’s where the similarities end and ethereum differs greatly from bitcoin. While ethereum can fulfil the role of a currency, it is primarily a blockchain platform, where developers can build decentralised applications (DApps) that run on the entire network rather than a group of servers controlled by a single authority or organisation. If a DApp were an App downloadable from the App Store, it would be run by its users rather than controlled by a central developer.

As a result, the benefits of the Ethereum platform, and therefore the ethereum token, are wide ranging. It hosts a whole range of services, such as decentralised streaming applications, web browsers, video games, shared computing power services and digital art shops. In addition, it is host to many DeFi (Decentralised Finance) applications.

This plethora of uses has contributed to ethereum’s price rise – as more DApps are built on the Ethereum blockchain its utility increases. In addition, the Ethereum Foundation, the non-profit organisation that oversees Ethereum’s development, has made positive moves to upgrade the platform to a more secure, decentralised and efficient network, called Ethereum 2.0, which will use a proof-of-stake consensus mechanism.

Proof-of-stake allows users to ‘stake’ their ethereum, locking it away in the network for an extended period of time. This makes the network operations more decentralised versus, say, a proof-of-work blockchain, because the network is not reliant on huge mining operations or mining pools. It also enhances security; if a bad actor were to ‘attack’ the network they would have to stake tokens to be a participant or validator in the first instance, and would therefore be financially impacting themselves. The huge amount of ethereum staked indicates the confidence that is placed in the new Ethereum 2.0 network. Currently, around $3,738,000,000 of ethereum is staked.

With upgrades going smoothly, developers continuing to build DApps, and investors taking part in the Ethereum network, my outlook for the cryptoasset is positive. I believe it is very feasible for ethereum to hit $2,500 in 2021, as it also benefits from the extended cryptoasset bull run we are currently seeing. Today’s all-time high of $1,419 could just be the beginning. 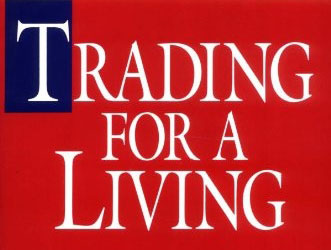