Here’s what you need to know in markets on Monday. Stock markets in Asia fell as investors reacted to Friday’s weaker-than-expected US jobs figures. The unemployment figures led to speculation the Federal Reserve may not increase interest rates by July. The weak US jobs figures sent the value of the dollar lower against major currencies, including the yen. The pound slumped to a three-week low after polls showed more Britons favor exiting the European Union in the upcoming referendum on membership. Bloomberg reports that sterling weakened against all 10 developed market peers after two surveys showed more voters were willing to vote to leave the EU than those
wishing to stay.

The pound is down 0.91% against the dollar to 1.4388 at the time of writing. Embattled British manufacturers expect a slight recovery in the second half of 2016 but that slow improvement could be knocked off course if the country votes to leave the European Union, an industry survey showed on Monday. Reuters reports that a downturn across British factories eased in the April-June period but the pick-up was weaker than companies expected three months ago, industry association EEF said. Shareholders of Germany’s largest utility are set to vote on its breakup as some in the investment community question the value in EON SE’s split to focus on renewable energy, networks, and retail customers.

Currencies: Weak US Figures Hitting The Greenback on all fronts.

After being hammered on Friday, the US Dollar is attempting a broad-based recovery on Monday with the USD/CHF pair recording a tepid bounce to 0.9770 level from a near 3-week low level of 0.9753.

The pair extended the slide further below 0.9800 handle after weaker-than-expected ISM non-manufacturing PMI added to the NFP disappointment and eroded the possibilities of imminent Fed rate-hike decision this summer. The pair finally settled to virtually erase all of its gains registered in the previous two weeks.

The single currency has abandoned the area of recent highs vs. the dollar, taking EUR/USD back to the 1.1345/40 band. Spot saw its upside suddenly renewed on Friday after US Non-farm Payrolls have disappointed everybody during May, coming in at 38K vs. 164K expected, while the jobless rate has ticked lower to 4.7%.

The USD/CAD pair stages a minor rebound from one-week lows and now makes headway towards 1.30 handle, as markets ignore the persisting oil-price rally. Currently, the USD/CAD pair trades 0.30% higher at 1.2973, extending recovery from ahead of 1.29 handle. The USD/CAD pair is seen extending its recovery mode into early Europe, with the USD bulls making a strong comeback after Friday’s massive sell-off. The US dollar index, which measures greenback’s relative strength against its six major peers, now rallies +0.32% to 94.20, recovering from the NFP-leg drop to 93.86 levels.

After a short-lived test of the 120.80 area, EUR/JPY has managed to regain steam and advance to the 121.60 area, although losing vigor afterward. The cross is posting gains after four consecutive pullbacks, looking to consolidate the drop from recent highs in the 124.20 area while market participants continue to digest the miserable prints from Friday’s US Payrolls (38K).

The GBP/USD pair is seen consolidating the extensive slide witnessed in the early Asian trades, as markets continue to digest the outcome of the latest polls, reflecting Leave camp taking the lead. Currently, GBP/USD now drops -0.85% to 1.4395, unable to take on the recovery beyond 1.44 handle. The cable failed every attempt to reclaim 1.44 handle and now hovers below the last amid broad based USD corrective rally, awaiting fresh impetus from Fed Chair Yellen’s speech due later in the NA session.

Gold failed to sustain above 50-DMA barrier and now extends its retreat from more-than-one week tops on the back of broad-based the US dollar recovery as the dust settles over the NFPaftermath. Currently, gold now trades -0.18% lower at 1242, having posted fresh nine-day highs at 1248.73 and day’s low at 1240.90. The bulls take a breather from the recent upsurge, with the bullion now correcting heavy gains witnessed since Friday’s US jobs data release, after the headline NFP posted horrid figures and faded hopes for a Fed rate hike this month or even in July. Gold tends to benefit in a low-interest rates environment as it is a non-interest paying investment asset.

Oil prices pushed higher on Monday thanks to a softer dollar after last week’s well-below-forecast US jobs report, but the gains were limited as producers increased their rig count as the commodity held around the key US$50 level. Expectations of lower US production, lower inventories and the belief that OPEC will keep production near current levels prompted specs to aggressively cover their short exposure. However, with WTI eyeing $50 amid OPEC meeting uncertainty, money managers also cut their long exposure. On balance, however, the speculative investor segment moved net long, which suggests confidence WTI crude has upside. 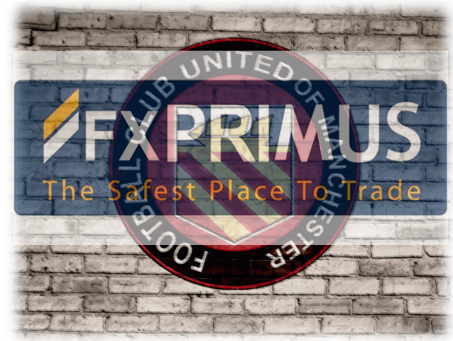