UK Prime Minister Boris Johnson’s government has announced that parliament will be prorogued (suspended) from mid September. It will resume on 14 October with a new legislative agenda to be presented in a Queen’s speech.

The initial interpretation is that the government is trying to prorogue parliament to force through a no-deal Brexit. But it is not clear that this is the case: MPs will have time to debate Brexit both before and after this period. Moreover, the government has been careful to ensure it does not fall foul of previous legislative efforts to prevent prorogation (the Northern Ireland bill passed in July). However, in effect, it will limit the time the opposition MPs have to legislate against a no-deal Brexit.

On 27 August they agreed to a legislative strategy to that end, so this announcement should be seen in this context. It doesn’t mean the opposition cannot legislate to prevent a no-deal Brexit (indeed, some observers have interpreted this move as acceptance
that parliament could do this); it just makes the task harder.

This likely means that the opposition may instead have to examine the legislative route more closely or ultimately push for a vote of no confidence in the government to prevent a no-deal Brexit. A no confidence vote is risky, as the opposition will need to draw on the
support of Conservative Party MPs. They may be reluctant to do so if Labour Party leader Jeremy Corbyn insists on heading any caretaker government.

The Queen’s October speech will further limit the time available to MPs to block a no-deal Brexit. It forces their hand, compelling them to act sooner and more decisively if they wish to do so. Our base case is that a no-deal Brexit will not occur on 31 October and a general election will follow. This news does not alter this view. If anything, parliament’s hand being forced could bring the current impasse to a conclusion sooner than previously thought. Meanwhile, sterling assets are likely to remain volatile. 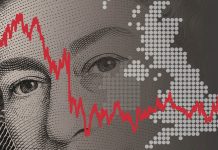