As we kick off the 2020s, let’s reflect on the economic events of the last decade and how they might shape the next one. From the boom of cryptoassets to tackle the climate emergency, the economy will be radically different in ten years from now. Iqbal V. Gandham, UK MD of global multi-asset trading platform, eToro, highlights his five trends to look out for in 2020 and beyond.

1. A turning point for cryptoassets

The start of the decade began gripped in a recession thanks to the global financial crisis, which some heralded as the death of globalisation. Not only did that gloomy premonition fail to materialise, the banking crash also sparked the creation of something called Bitcoin.

The cryptocurrency captured investor attention in April 2013 when it clocked a record $265 per Bitcoin after soaring ten-fold in the previous two months. From then on it has soared and dipped and risen again, currently sitting above $7,800 after a bumpy December. This volatility has sparked a debate about the future of cryptoassets, with some commentators believing that a veriﬁed ETF (exchange traded fund) is needed to build confidence, such as the Bitcoin ETFs proposals being considered by the SEC in the US.

Over 2,000 cryptoassets have been launched since Bitcoin, creating a market worth an estimated $359bn. Facebook’s Libra project brought crypto back into the public consciousness, causing authorities and central banks to talk sensibly about launching their own centrally backed digital currencies (CBDC). This development, along with the likely introduction of regulation across the UK, EU and US in 2020 could signal a coming of age for cryptoassets.

As the markets changed over the last ten years, so did investor behaviour, with people making more use of new financial instruments like ETFs, which soared to a total of $4 trillion in assets last summer. Investors can now invest in a wide range of assets and industry sectors, from robotics through to renewable energy and traditional commodities such as oil.

However, as we begin a new decade, focus is moving away from oil and assets with a big environmental impact, as investors become more eco-conscious and aware of issues like climate change, choosing instead to invest in solar panels and offshore wind farms.

While cryptoassets continue to grow in popularity for both institutional and retail investors, they have also become a gateway to more trading traditional assets for new investors. We saw on eToro that 10% of new crypto investors diversified into stocks, currency and commodities like gold globally. Already in 2020 we have seen the price of gold rise following the US attack in Iraq and threats of retaliation from Iran.

3. The economics of climate change

As governments, businesses and consumers all began to make more concerted efforts to tackle environmental issues, the 2010s heralded a surge in sustainable investments, with renewable and clean energies leading the charge. Already a massive market valued at $928bn in 2017, the global renewable energy sector is forecast to reach around $1.5 trillion by 2025, with solar and wind set to make up nearly half (47%) of the world’s power capacity by 2030.

This growing environmental awareness also spurred masses of people to turn to veganism. By 2017 there was a 600% increase in people identifying as vegan in the US alone, up from 1% in 2014 to 6% in 2017. The number of vegans in the UK also rose from 540,000 in 2016 to a colossal 3.5 million in 2018. Investors have followed suit and are increasingly allocating parts of their portfolios to veganism, renewables and stocks that will make an environmental difference.

This boom in veganism was so great it helped Los Angeles-based firm Beyond Meat launch the most successful IPO of 2019. The company, which produces plant-based meat substitutes that taste and ‘bleed’ like real meat, closed its first day of trading at $65.75 in May, 163% above its IPO price, making it the best performing debut IPO in nearly two decades.

The last decade will also be remembered for a whole host of new technology, such as the Apple iPad, the rise of smartphones and the explosion in streaming services like Netflix, which skyrocketed to a market cap of $137bn, gaining its own catchphrase, ‘Netflix and Chill’.

Netflix’s dominance in the market could soon be rivalled with competition coming from the likes of Apple TV Plus, Disney Plus (which is bringing out the big guns with its Pixar, Marvel and Star Wars content), and HBO Max.

As we start 2020 it’s hard to believe that a decade ago you couldn’t order an Uber, have a cheeky Deliveroo or plan your next getaway on Airbnb. Smartphone apps have transformed the way we do everything from banking to dating, but the 2020s are likely to see the demise of many of the tech firms that have great awareness but aren’t profitable.

2015 saw the launch of Amazon’s Alexa, which kick-started a massive market in virtual assistants, with the likes of Google, Bixby and Apple all getting in on the game. Amazon remains king, selling over 100 million devices since launch, while next year the trillion-dollar company sets its sights on AI home robots and autonomous drones that deliver mail in 30 minutes or less.

Carmakers including Nissan and Tesla are aiming to launch autonomous vehicles in 2020, innovations that will rely on 5G, the fifth-generation of mobile connectivity, a technology forecast to be the catalyst for a new industrial revolution. 5G is expected to grow nearly threefold from $53.93bn in 2020 to $123.27bn by 2025.

The shock election of Donald Trump as US president in 2016 subsequently stirred up countless controversies. His fierce trade war with China has grabbed the most attention over the past year, impacting everyone from big corporates to farmers, and severely disrupting global supply chains. If it is resolved, many commentators believe a strong economy will see Trump sworn in for a second term in December.

What’s most telling about the roots of this trade dispute is the growth of China as an economic powerhouse, with the country ending the decade as the world’s largest economy. Back in crypto, China has also reversed its initial opposition to cryptoassets and is now embracing blockchain and is rumoured to be on the verge of launching its own stablecoin.

In the UK, after Prime Minister Boris Johnson’s December 2019 victory with an unexpected 364 seat majority, Sterling soared to its highest level against the euro in a decade reaching $1.35. The FTSE All Share opened strong the day after the election, but what comes next is anyone’s guess. Will Brexit actually happen this month? And if it does, what will the final trade deal mean to UK and EU businesses?

The last decade was certainly a time of change and there’s no reason to believe the 2020s will be any different. However, the flow of information and the opening up of new ways to invest and manage your money means that the next decade will also be an exciting time for ordinary investors. 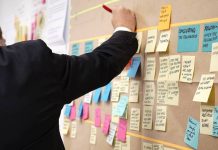