Outside of regularly dropping daily tape bombs to move oil prices a few extra cents higher, the era of OPEC’s relevance is rapidly fading. While on the surface OPEC is showing a united front, the latest bulletin exclaiming the groups’ optimism that an output freeze deal will be forthcoming points to self-preservation being the biggest driver of policy. With that in mind, the chances of the cartel reaching a deal in Vienna at the end of the month remain extraordinarily slim unless the enmity between members miraculously disappears. Furthermore, OPEC’s leverage is rapidly being eroded by other major global producers benefiting from the ongoing chaos.

Although crude oil prices were initially shocked into rallying higher thanks to the accord forged in Algeria back in September, the trivial progress since then underlines the discord within the cartel. The most vulnerable members in particular are trying to avoid a situation whereby they lose market share and revenues at a time when they can ill-afford. With many nations entirely dependent on the sector for filling government coffers, any further retreat in prices could very well spell the end of incumbent regimes. As a result, the most likely outcome from ongoing output freeze negotiations is no action and rising production thanks to the nationalistic incentives of OPEC members.

There are many particularly interesting parallels to draw from OPEC’s current predicament in comparison to historical developments. For one, market participants need to be reminded that members have almost never met output quotas during the cartel’s history. In almost every period measured, members have exceeded limits, thanks in large part to no way to actually enforce production and export ceilings. The result is a situation in which members that are capable nearly always “cheat.” In a situation that is highly representative of game theory and the “prisoner’s dilemma”, when one member cheats, all members will invariably cheat, dragging on the results of the entire cartel.

In the prisoner’s dilemma, two prisoners, each accused of the same crime, have two possible actions. The first is to stay silent regarding the crime they perpetrated and the second option is to admit to the crime. If neither of the two prisoners admit to the crime, they will collectively receive the best outcome. If one of them defects, opting to choose to admit the crime to detectives and implicate the other, the defector faces reduced jail time versus the other prisoner who will be forced to sit in jail longer. However, if both decide to admit guilt, they both face a worse outcome, where both spend more time in jail than if they had stayed silent. Thus silence, or cooperation, delivers the best outcome.

Taking this example in the context of OPEC, the ideal situation is one in which all members cooperate in cutting output to lower levels in order to rebalance prices, the equivalent of staying silent in the prisoners dilemma example. While this would make all members in the cartel better off by raising prices for the collective group, it is unlikely to occur. Considering their history of operating above output quotas and putting self-interests ahead of that of the cartel, any deal will likely end in defection by all members, which will drive oil prices lower.

Raging disagreements between OPEC members remain unresolved. Iran and Saudi Arabia remain at odds as they struggle for political, religious, and economic hegemony in the Middle East. Not helping is the fixation on the gulf producers. The main effort of the output freeze deal is to get Gulf nations with highly flexible and cheap production to reduce output. With Libya, Iran, and Nigeria seeking exemptions from the deal due to extenuating circumstances including sanctions and bloody conflicts, the main output cuts will fall on the shoulders of Saudi Arabia, Kuwait, and the United Arab Emirates. None of these countries will want to be the driving force behind output cuts if no other members are going to participate.

In the event that the Gulf bears the brunt of output costs, the result will be a loss of market share, a lesson the Saudis learned as the swing producer of the 1980s and a situation they are unlikely to repeat. Even Iraq is trying to worm its way out of a deal despite some of the highest production in years. The nation is pushing for an exemption due to costs associated with its ongoing battle to root out the Islamic State. However, so far, it has not been granted, potentially leaving one of many members dissatisfied.

Even though OPEC wants to project an image of coordinated efforts, the other major flaw to the Algerian deal is non-OPEC production. For one, Russia continues to ramp oil output higher while OPEC members squabble about who will be responsible for shouldering reduced production. US production is also picking up, with any benefit of OPEC production cuts felt by non-members benefiting from the price increase.

Unless a deal is reached that includes an enforcement mechanism for OPEC and non-OPEC members participating in the freeze deal, it is likely to be dead on arrival during the meeting in Vienna scheduled for the end of the month. Even if a deal does miraculously come back to life, any sustainable price gains will be contingent on marginal producers not coming back to the table and destroying OPEC’s fragile market equilibrium. Despite all the what-ifs, OPEC at odds does not bode well for the future of the cartel and its influence.

New Study Reveals The Most Popular Stocks Across Some Of The... 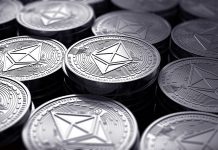