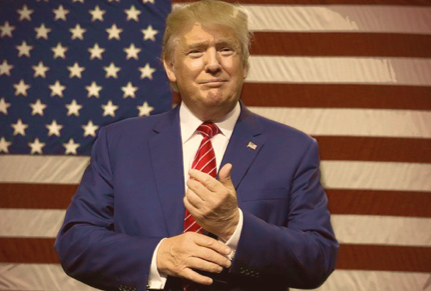 Political commentators have reacted with shock and horror at the appointment of Donald J. Trump. However, financial markets have been surprisingly bullish. The uncertainty during the transitionary period between Barack H. Obama’s presidency and Donald J. Trump’s presidency is an especially interesting time. That the president and the President-elect had an amicable meeting is indeed a fortuitous omen. Over the past 2-year period, Trump’s rallying call to supporters has been one of massive fiscal stimulus. This is evident in the campaign promises he has made to the electorate, including becoming energy independent, rebuilding America’s infrastructure (Bridges, roads, railways, airports, schools and other public institutions) and securing thousands of miles of the US border with Mexico. All in all, these ambitious projects have the capacity to significantly ramp up the national debt and provide millions of new jobs. Long-term, the net effect is positive provided efficiency is a cornerstone of Trump’s economic plan. The core of these rebuilding initiatives is steel, and iron ore is at the heart of the next 4 years.

What to expect from the steel industry?

The US economy is the world’s #1 biggest economy, and if acceleration takes root the steel industry will benefit. They are several ways that this could manifest, notably with an America First policy which favours domestic production over foreign production. If this indeed comes to pass, Canada could be negatively affected. Over the next 10 years (2017 – 2027), the Donald Trump vision estimates infrastructure expenditure to the tune of $1 trillion. It is unlikely that the frugal Republican contingent in the House will sign off on any measures that increase the national debt beyond its current level of $20 trillion. However, if Trump advocates for protectionist measures on the US economy it will likely pass the Congress. One of the things that will have to happen if Trump is to protect American enterprise and industry is the repudiation of NAFTA (North American Free Trade Agreement). According to the terms of NAFTA, any Federally mandated policy that proposes Buy American is illegal. Any calls for an increase in manufacturing activity will naturally significantly boost the steel industry. This is especially true when it comes from the top down.

Trump’s ambitious economic plan talks about creating 25 million new jobs within 10 years. Trump’s economic advisers – leading economists among them – have inferred that every percentage point added to gross domestic product growth will add approximately 1.2 million jobs. While the numbers make for interesting reading, there is no practical way to assess the validity of his assertions. The tax measures adopted by Trump are clearly geared towards an America-First policy. Annual GDP growth is estimated at 3.5% with the target range at 4%. There are several issues that make up the foundation of the Trump economic plan. These include increasing the LFPR (labour force participation rate) improving the real GDP growth rate, improve hourly/weekly earnings in real terms, reducing the number of Americans on food stamps, and decreasing the poverty level in African-American and Latina communities.

Additionally, Trump wants to tackle the fact that 13.5% of American men between 18 and 34 are incarcerated or unemployed. Another key issue that needs serious consideration is that of increasing homeownership which is currently at just 62.9% for Q2 2016 – the lowest rate in half a century. According to the Federal Reserve Bank, the estimated growth rate is at 1.8% between 2017 and 2019. Trump wants to focus on minimum government intervention and taxation. Trump is against globalism which effectively ships jobs out of the United States and wants to focus on domestic options for boosting growth. With Trump, the goal is 4 percent economic growth. Time will tell whether or not this is doable. At the heart of these highly ambitious objectives is the steel industry. If Trump is able to put steelworkers back to work and build the country from the bottom up, we are going to see tremendous movement in the price of mining stocks across the board.

Gold and Steel: Strength in Numbers

Gold remains one of the most obvious market movers. Every time there is geopolitical uncertainty, gold rallies. If the USD strengthens, the demand for gold declines. We are seeing an interesting dynamic taking place now. Gold is currently trading lower than its $1,300 per ounce level and is now at a 5-month low. There is a risk averse appetite to gold especially with a stronger USD. With the Fed likely to increase the interest-rate by 25-basis points on 14 December 2016, demand for gold will certainly taper off. Expectations of a $1,500 per ounce gold price appear an unlikely reality. According to the AISI, the US steel industry comprises 100 production and steelmaking facilities. Combined, they produce 87 million tonnes of steel with a 2014 valuation of $75 billion. In total, the steel industry is responsible for the employment of 142,000 people, and some 1 million US jobs are supported by it.

Additionally, there has been a 5-fold uptick in the steel industry since the 1980s. Every year the United States recycles some 60 million tonnes of steel and some 97% of steel byproducts can be recycled too. The US steel industry has reduced its energy intensity and CO2 emissions significantly, by 31% and 36% per metric tonne of steel respectively. The 2016 American Iron and Steel Institute (AISI) stresses recycling as one of the strengths of the industry. In terms of labour productivity, US workers only require 1.9 man-hours per time of steel as at 2015. This is significantly lower than the 10.1 man-hours required back in the 1980s. The US steel industry is currently comprised of the following as at 2015:

In terms of market classification, the following sectors are heavy users of US steel:

Will Trump be able to Renegotiate NAFTA?

A Trexit (Trump Exit) from NAFTA will likely take a significant period of time to enact. The process of withdrawing from the North American Free Trade Agreement is a complex one. The business arrangement between the US and Canada was adopted 20 years ago and US and Canadian enterprises have entrenched policies in this regard. If the US begins to impose tariffs on NAFTA agreements, this would effectively hamstring US enterprises between Mexico, Canada and the United States. The focus of Trump’s economic policy however is not Canada, it is Mexico. Much of the policy regarding Trump’s economic plan remains unknown. With the transition already underway, things will become clearer as we head towards the official January inauguration of Donald Trump as the 45th President of the United States.

The Economic Crisis In Venezuela: Financial Instability And Hyperinflation Drive A...