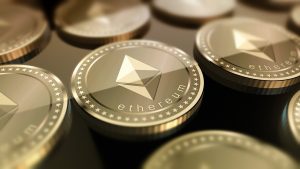 Bitcoin was the first of its kind. During the last five years or so, Bitcoin has become the pioneer of cryptocurrency. After investors saw the potential in this discrete form of money, Bitcoin blew up. But it wasn’t the only company gaining quick profits.

Many other people had set up cryptocurrencies by that time. They were only under-shadowed by Bitcoin. Ethereum is one of the best companies in this regard. After Bitcoin, no company received more approval than Ethereum.

Due to its open-source blockchain and other incredible features, Ethereum quickly became the largest cryptocurrency after Bitcoin. Like any other cryptocurrency, Ethereum is available in every country and open for anyone to buy. Click here to learn more about how to buy Ethereum in Nigeria.

But, regardless of its success, the company is looking forward to significant changes. Their progress led to the vision and creation of a new idea, called the Ethereum 2.0. It is merely an update to their existing software, and there are predictions of improvements to their network. The company has named the project “Serenity.” These are a few things that we know about the project:

Like any great company, Ethereum is tired of the old methods of crypto mining and transactions. Therefore, the developers developed new concepts for the same purpose. According to the company, these processes will provide faster transactions with less effort.

Ethereum is looking to introduce new shards for their software. These shards will provide improved handling of traffic. Moreover, these shards will operate at the same time, significantly improving efficiency. Sources report that the company is thinking of bringing 18 shards into their network, but these could go up to 64.

Also, the company looks to replace its old method of staking. An improved method, named Proof of Stake Consensus, is the main aim of Ethereum to integrate into their program. This method is a more efficient way of conducting transactions of cryptocurrency. Some experts even claim that Proof of Stake could even render mining obsolete.

In the case of Ethereum, things are looking slightly different. The company didn’t approve of the idea of creating a hassle and is taking things slowly. Ethereum is a company based on internet finances, and therefore, the software cannot go down for an upgrade. An entire shutdown for a mere improvement can cost millions to an investor. Hence, the option of shutting down for maintenance isn’t an option here.

Ethereum developed an elaborate but sure method of bringing the change to their software. This method consists of three distinct phases. As the company employs programmers and developers, the phases were numbered from zero, as it happens in the programming field. These three phases employ complex ways of implementing Ethereum’s blockchain technology and will take some time.

Medalla Testnet is currently Ethereum’s testing client to look for the efficiency and possibilities its upgrade will bring about. The program started on August 4, 2020, and it’s been the center of attention so far. It has employed around 30,000 validators, and they have used approximately 946,000 ETH tokens.

Medalla has received praise for several aspects. One of Medalla’s most important advantages is that it employs five different clients of Ethereum to connect to the network and conduct transactions. It also allows these clients to execute processes between each other.

This step has made interaction within Ethereum even better, and validators are looking forward to the upgrade for faster and more complex transactions without too much trouble.

Incidents with companies are common mishappening. Many companies of different fields face technical or mechanical outbreaks, causing many issues for a vast majority. Medalla suffered a similar incident soon after it opened for testing.

The incident happened on August 14. The time servers that Ethereum’s clients used caught a bug and jumped a day ahead. This event caused the nodes of Prysm, one of Ethereum’s clients, to lose its time track, and subsequently, its procedure. Errors appeared one by one, and it wasn’t long before the developers noticed the issue and fixed it.

Even after such an incident, developers at Ethereum seemed quite confident about their futuristic move. However, it also became clear that Ethereum’s new program must feature client diversity, as the loss of around 33% validators in an incident would not be acceptable.

Ethereum’s changes may take some time. While this upgrade was an idea under consideration for years, Ethereum wants to make sure that Serenity is a worthy upgrade. For this reason, the official launch of their program may take another year or so.

Currently, the company has finalized the three stages of implementing their idea. Their first phase, named Phase 0, is set to launch around December this year. Reports about the launch in 2021 became wrong after Medalla showed improved results.

To initiate Phase 0, Ethereum requires at least 524,288 ETH or almost $210 million in its deposit contract at least seven days before its proposed launch date. In the case of failure, the date will move seven days ahead after fulfilling this target.

To sum up, Ethereum is planning to move ahead of Bitcoin in the race for crypto financing. It has already attracted many cryptocurrency investors and is keen on creating new records for Bitcoin to chase. After the deployment of Phase 0 and the subsequent unveiling of Ethereum 2.0, mining might become a technology of the previous times. 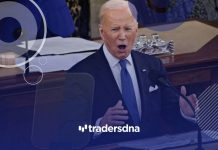