Share
Facebook
Twitter
Linkedin
Pinterest
WhatsApp
For Ethereum enthusiasts, this week is somewhat like Christmas…if Christmas was promised to be six months away for years, prompting skeptics to question whether there would ever be a Christmas, and then it finally came on September 15, 2022.

Around 12:00 GMT or a little after on September 15, Ethereum will officially merge its legacy proof-of-work blockchain with the proof-of-stake Beacon Chain. Assuming “The Merge” goes smoothly, there will be a number of clear benefits for the world’s second most valuable cryptoasset:

1. The shift to proof-of-stake will reduce the Ethereum blockchain’s energy consumption by ~99.95%, removing one of the public’s biggest criticisms of proof-of-work blockchain technology.

2. The supply of ETH tokens may turn outright deflationary. The new security system will require far less issuance to maintain security, and combined with last year’s EIP-1559 upgrade that burns a portion of transaction fees, the annual net new issuance of ETH tokens will drop from the current 2.5% and may even decline. To put it simply, this week may mark the largest suppply of Ethereum we ever see, if The Merge goes smoothly.

3. It sets the stage for future scaling upgrades. While The Merge itself isn’t expected to have a big impact on gas fees, transaction speeds, or network throughput, it is a necessary precursor to the Ethereum Foundations long-term plan to scale the network and make it cheaper/faster for the next generation of blockchain users and developers.

How will Ethereum trade around The Merge?

It’s impossible to predict prices with certainty ahead of any event, much less the biggest fundamental change to an asset since its founding. That said, there is a compelling argument that we could see a “buy the rumor, sell the fact” reaction in ETH/USD around The Merge.

For one, prices have nearly doubled off their lows less than three months ago, with much of that rally attributed to traders anticipating a successful merge. In addition, there’s a direct mechanical reason that Ethereum will be less valuable after The Merge. In recent weeks, some Ethereum stakeholders have discussed maintaining the current proof-of-work version of Ethereum as an alternative platform for users and developers.

While most, including me, are skeptical that so-called ETHpow will be particularly valuable, traders who hold ETH before The Merge will automatically receive legacy ETHpow tokens that they can then sell. Current grey market valuations for the ETHpow network are at around 3% of the value of the main ETH network, so it wouldn’t be surprising to see ETH fall by ~3% immediately after even a successful Merge, akin to a stock going ex-dividend.

Looking at the chart, ETH/USD has generally edged higher through the first half of the month, leaving the cryptoasset near the middle of its post-August range. The 200-day EMA sits just above the August highs around $2,000, and that will be the key resistance level to watch to shift the longer-term trend back in favor of the bulls. Meanwhile, downside support sits around $1,400 and should bring out buyers if we do see a “buy the rumor, sell the fact” reaction to The Merge. 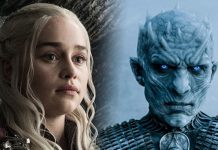