Chinese stocks took a beating on Tuesday, with the Shanghai Composite plunging to its lowest level in 14 months after a late selling frenzy driven by weak oil prices pounded the equity markets.

The late selloff was triggered by a renewed slump in energy prices, which kept investors concerned about global growth prospects. Oil prices fell more than 6% on Monday and were down below $30 a barrel early on Tuesday.

West Texas Intermediate (WTI) crude bottomed out at $29.25 a barrel on Tuesday. It would eventually consolidate above the $30 a barrel mark. Global benchmark Brent crude touched a daily low of $29.27 a barrel before recovering around $30.67.

Volatility in China’s equity markets shows no signs of abating, as investors continue to wait for Beijing to shift monetary policy. According to some analysts, the People’s Bank of China (PBOC) has been unable to keep risks at bay in the midst of a massive transition away from export-driven growth for the world’s second-largest economy.

China’s gross domestic product (GDP) – the value of all goods and services produced in the economy – expanded 6.8% in all of 2015. That was the slowest growth rate in 25 years.  Growth is forecast to weaken even further over the next two years.

With the Shanghai Composite plumbing new lows, investors have started parking their assets into gold and other safe-havens. Gold for April delivery rose $8.40 or 0.8% to $1,113.70 US per troy ounce, its highest level on the Comex division of the New York Mercantile Exchange since early November. Gold futures have risen more than $50 since the start of the year in the wake of extreme volatility in the global stock markets.

The US dollar, which normally tracks inversely with precious metals, was little changed against a basket of world currencies. The currency markets could experience heavy trading volumes in the latter half of the week as investors react to the Federal Reserve’s policy statement, which is scheduled for release on Wednesday afternoon. 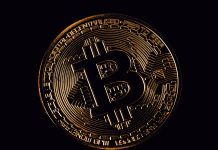