After months of speculation, the US Federal Reserve is set to meet today to make a decision on whether to begin scaling back its quantitative easing programme, and by how much.

According to a recent Reuters poll, most analysts agree that the Fed is likely to announce a modest reduction in its bond-buying programme, reducing it by $10-$15 billion per month to $70-$75 billion. The Fed embarked upon the latest round of monetary stimulus, dubbed QE3, in September 2012. Because they did not set a definitive end date for the process, it has been referred to as ‘QE Forever’ by some pundits. Any reduction in the scale of the stimulus is likely to have a measurable impact on the currency markets, particularly on the value of the US dollar in relation to other major currencies. 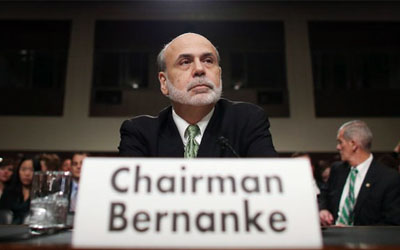 The Fed is expected to make its announcement at 18:00 GMT today, with Fed chairman Ben Bernanke giving a press conference at 18.30 GMT.

There are several reasons why the Fed might wish to begin the tapering process now. When QE3 was first announced last year, there was no definitive end date set out for the process, leading it to be dubbed ‘QE Forever’ by some pundits. Instead, any scaling back or ending of the process is conditional on economic conditions in the US improving. And despite some slightly disappointing jobs data last week, the economy is showing some signs of improvement, with jobless claims declining and GDP growing. Although it’s far from being a strong recovery, the bond-buying programme has reached a point where its effectiveness is becoming increasingly limited.

Another reason why the Fed might wish to begin tapering is that the stimulus programme runs the risk of over-inflating asset bubbles. While QE has been successful in boosting the housing market, there are fears that it may have been a little too successful in pushing up house prices, with the current rate of increase being around the 12% per year mark. There is also a risk it could over-inflate bubbles in stocks, commodities, and emerging markets to the point where they could burst, causing just the kind of economic chaos that the Fed is hoping to avoid.

While there have been several hints from Fed officials that tapering will indeed begin this month, the recent Syria crisis had cast some doubts around this issue. A US invasion of Syria would have most likely sent markets into a tailspin – a bad time to stem the flow of new money into the economy. However, with the Syria issue seemingly defused, for the time being at least, it is likely that the Fed will press on with their tapering plans.

How Could Septaper Affect the USD?

Any scaling back of the bond-buying programme would be seen as the beginning of the end for QE. Ultimately, the end of QE would mean the end of printing dollars, which would see the dollar appreciate in value, but would also exert a downwards pressure on the prices of stocks, bonds, and commodities. At present, the uncertainty surrounding QE tapering means that it has not been fully priced into the dollar value, and the dollar could strengthen afterwards, especially if the scale of the reduction is bigger than expected.

At present, the most likely scenario is that the Fed will taper by $10 billion, and announce its intention to end QE in mid 2014. This would probably cause the dollar to strengthen, but not by much. If the Fed were to announce $15 billion tapering with a similar intended end point, the dollar would most likely rally fairly strongly.

On the other hand, if the Fed announces tapering of $10 billion without any indication of a likely end date for QE, it’s likely that the dollar would weaken, as this would be taken as a purely symbolic gesture and a sign that the printing of money will continue for some time yet. Perhaps the most ambiguous situation would arise if no indication of an end point was given, but the tapering amount was upped to $15 billion. This might support the dollar slightly, although it could go either way.

It’s worth remembering that, whatever the initial reaction to the FOMC announcement, the full impact is unlikely to be felt until tomorrow’s US session. What is extremely likely is that there will be a high level of volatility in the immediate aftermath of the announcement as the major market participants trade the news, even if the Fed announces the most widely-expected scenario of $10 billion tapering with an intended end to QE3 in the middle of next year. 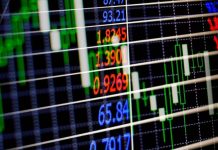 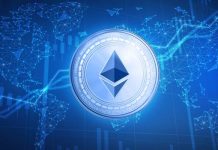