Billions across the world participate daily in economic transactions thanks to the fiat money system. In this structure, money is a medium of storage to make purchases and a substitute for bartering (where people directly traded one product for another).

This system hinges on fiat money, currency issued by governments not backed by a physical commodity like gold and silver (which has been seen in the past). Consumers who use currencies like the Dollar and Euro are using fiat money.

The word fiat is Latin and is usually translated as “let it be done.” All internationally traded currency in the world today is fiat money. There are about 180 fiat currencies in existence.

Fiat money’s value is directly linked to supply and demand, the general stability, and the structure of the government that issued the currency. Questions about the fiat money system’s longevity and outlook have led skeptics to research why buying silver is a good investment.

The first nation to use fiat currency was China, which started to do so in 1000 AD. The value of foreign currencies was fixed relative to the U.S. Dollar until 1971 where Richard Nixon dismantled the system in the so-called “Nixon Shock.”

Instead of functioning based on a gold system (which many nations abandoned in the 1930s), currencies across the world shift in value based on the supply and demand of a currency and its value compared to others – known as the exchange rate.

But how does the fiat money system actually work? Global economics can seem confusing at first glance, especially when one considers that fiat currency is intrinsically worthless and is only valuable due to the government’s full faith backing.’

Keep reading to learn more about the fiat money system.

Breaking Down The Basics Of The Fiat Money System

The fiat money system is sustained by the faith of those holding currency and guarantees by national governments who issue currency. Fiat money gives people the ability to plan and execute specialized economic activities not seen with the barter system.

In general, the value of fiat money depends on how stable the issuing government is, the strength of a national economy, and interest rates. Nations like Zimbabwe who have experienced hyperinflation often find their fiat currency essentially worthless.

In Venezuela, plagued with extreme inflation due to government instability, some citizens have even been turning to cryptocurrencies or coming up with their own money systems to survive. Fiat currency will only function as designed if citizens have enough faith in the money for it to act as a storage medium.

Fans of the fiat money system point towards its stability. In the 1900s, governments and banks turned away from commodity-based currencies to keep economies safe from the booms and busts of the business cycle. In the fiat money system, a central bank can decide to print or remove paper money from circulation to counter market conditions and control interest rates and liquidity. The U.S. Federal Reserve is charged with keeping unemployment and inflation low and maintains power to manage money velocity and credit supply.

Currencies today are considered both fiat money and legal tender, meaning it is accepted to pay public and private debts.

Strengths And Weaknesses Of The Fiat System

By using fiat currencies, governments are not as susceptible to outside forces that can alter the value of money pegged to an asset like gold or silver. Central banks can simply print or remove money from circulation to alter the economy.

Additionally, transporting large amounts of gold between banks was a tedious process during the days of the gold standard. Gold is hard to store and manage and presents a significant theft risk every time it is transported in large amounts. Exchanging fiat currencies can be done with just the click of a button, in seconds, and safely and securely.

However, government mismanagement of fiat currencies has dramatic consequences. Poor decision-making can lead to an excess of money in circulation – leading to inflation. Inflation ravaged Germany after the First World War and has also affected nations like Bolivia in recent memory.

Living In A World With Fiat Money

While assets like cryptocurrencies continue to grow in popularity, global economies still remain dominated by the fiat money system. Countless transactions are carried out on a daily basis with the help of fiat currencies backed by the full faith of consumers and the central banks that issue bills and coins.

The fiat money system offers many advantages due to the ease and simplicity of buying, selling, and trading, but poor decision-making by governmental authorities concerning monetary policy has destroyed nations and left many destitute. 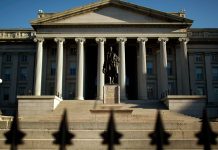