tradersdna is proud to present an exclusive interview with James Sinclair, one of the foremost thought leaders in the Forex and Fintech space. James is the CEO and co-founder of MarketFactory, a financial forex exchange technology company that provides feed handlers to the forex market.

MarketFactory’s tech cloud based FX aggregator services enables brokers and banks to quickly connect to their network of liquidity providers via a proprietary online trading application or via its API, that connects to all sources of liquidity in the foreign exchange market, including ECNs, banks, brokers and futures exchanges. Their platform gives companies access to over 50 FX venues.

Having worked in the foreign exchange market for over 25 years, Sinclair has an enviable level of experience and expertise in the field. He spent several years as head of research and strategy at the biggest Forex broker EBS, both before and after its 2006 acquisition by ICAP. He also spent 12 years as a vice president of Asia/Pacific at Citibank. Prior to that, he studied programming at Imperial College London, so his new focus on developing technology is very much a return to his roots.

These are the questions Traders DNA asked in this 28 minute video interview:

MarketFactory distinguish themselves from the competition in that they are very much FX-focused, with all of the core team coming from a Forex background, and by dint of their neutrality, in that they are not directly affiliated with any particular market player.

He sees the biggest change in the forex market over the past couple of decades has not been the increasing concentration of market makers, which has been accompanied by an explosion in the varieties of ways in which people can access an ever-decreasing choice of liquidity providers. He sees the biggest innovations as having come in the form of new ways to access the market, and new ways to hedge.

On the subject of Bitcoin, he sees one of the main problems with it being the glamour that surrounds it, as it might for any new and disruptive technology, in that it distorts the perception of it and therefore has a malign influence on its evolution. He sees it as an ‘interesting security’ rather than as a replacement for currency, and that it might evolve in a more natural and productive way if it were viewed purely as such. He echoes the view of many within the financial space that its volatility is something that has prevented it from being taken seriously, and that a crypto-currency that has yet to be developed may prove to be the one that ultimately succeeds where Bitcoin fails.

In our exclusive interview with James, which can be viewed above, he expounds his views on these topics and a number of others related to the financial services industry and particularly the forex space, both in terms of where it has been, where it is right now, and how he sees it unfolding in future.

This video was produced in partnership with Groupe INSEEC London.

Interview by Dinis Guarda written with the support of Paul Milne. 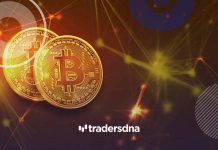 Most Googled Cryptocurrency In The World Is Revealed To Be Bitcoin