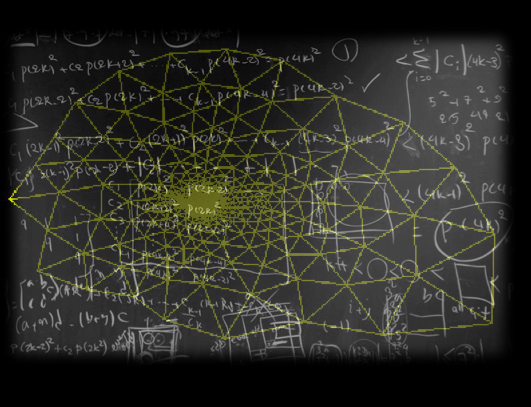 “Algorithmic trading frees you from the drudgery, but do you have good ideas? There aren’t that many masterpieces out there.”  EquaMetrics’ Christopher Ivey

Several traders and investors in the global money markets have been for quite some time transforming their entry, exit and financial management and investment strategies into automated computerized trading which in turn allows the computers to trade for them. And you have to understand that one of the biggest advantages of using technology is the fact that it complete eliminates any emotion. It takes the emotion and any bias right out of the trade.

However, it is also important to note that when you let the machine do all your work, especially when you talk about trading, there are bound to be a few mistakes and these mistakes can be pretty much devastating for both traders and the markets. For example, let’s go back to the ‘flash crash’ which happened back in May 2010. And it happened in August 2012 as well when the trading software used by the traders and investors at Knight Capital Group Inc. broke down. What this crash did was cause a series of unintended stock trades which resulted in a $440 million loss for the company.

And the irony of all it was the fact that Knight Capital Inc. was known in the financial world as a market trendsetter and trailblazer which employed the services of experts and seasoned traders and investment specialists who had the ability to monitor trades on both sides of a particular security to make sure that the market functions smoothly. However, despite the probability of setbacks, almost all of Wall Street now heavily depends on algorithmic programs to conduct trades quickly and decisively.

There is no doubt about the fact that many traders have mixed feelings about using computerized programs to run the show and say too much algorithm trading might just destabilize the markets. And another thing, algorithm trading isn’t something that was invented a few years ago. The concept was implemented several decades ago.

Algorithm Trading – A Look Back in Time

Back in 1951, a student from the University of Chicago, Harry Markowitz, acted on the advice of his Ph.D. supervisor, Jacob Marschak, and proceeded to complete his dissertation on how to successfully apply complex mathematical algorithms and concepts and fuse them with the financial world, more specifically, the stock markets. The result, however, turned out to be quite fascinating and transformed into a modern portfolio explaining the difference and conflict between a security and how it may affect the profits risk-averse traders demand when dealing in potentially riskier securities.

Back then, the normal method to calculate and determine a variance in securities included a thorough evaluation approach which was designed by John Burr Williams in the 1930s. Investors used Burr’s price-to-earnings ratios and other factors pertaining to the overall statistical health of a company or organization. These methods helped traders at the time to determine whether or not the real price for a security became a standard tool for analysts.

Once Markowitz came up with his brilliant new method, he aided in the development of various algorithms that do all the important and necessary calculations to make an enhanced trading portfolio. With his intellectual contributions and the advent of the IBM System/360 central processing unit in 1960, strategy traders and investors as well as various financial economists had the power to methodically evaluate millions of information and data centres that have been produced since.

Around the same time, there was another trading methodology that became popular, named the Signal theory, a strategy that implemented to extract various patterns and information from a given set of data. Stock charting experts and analysts were never too worried about the price of a security. What they were concerned with is how much would the price fluctuate. The data extracted or collected from a fluctuating stock price drops in value far too quickly. So, when investment companies were emphasizing on a core and fundamental analysis that would aid in the execution of trades stretched over a period of several days or weeks, the signals experts detect have to be executed right then and there.

Investment companies since then have been trying not to rely too much on human trade executions and decisions and that is why most of them switched to using computerized programs as algorithms are designed to conduct instantaneous trades on the fleeting information given. Long-Term Capital Management, which was established in 1994 by John Meriwether, employed algorithms and computer programs to identify tiny fleeting variances in stocks and securities so they could make hefty profits.

On the other hand, the company was also experiencing a shortfall in yearly profits solely because of the fact there were other firms which began to use algorithm trading technologies. This led to LTCM devising other strategies that didn’t quite seem to pan out and resulted in the fund losing everything in 1998.

With the downfall of LTCM, there was little consideration to the potentially destabilizing effects of algorithm trading in the money markets. And within a decade or so, algorithm trading transformed into nano-trading. Nano-trading is all about catching the signal faster than others. Even a second seems like forever in the financial world. For example, an algorithm trading centre near the New York Stock Exchange would use its servers to detect and catch signals a millisecond faster than a nano-trading company which is further away from the stock exchange.

It is also important to understand that traders and investors, even small ones, would never attempt to rely on the basic fundamental evaluation methods. And according to reports by chartists, algorithm trading will rule the trading world and looking back at history, it is makes sense to expect more problems associated with algorithm trading in the future.

Although algorithm trading has its merits and can prove to be a money-making tool, if executed correctly, at the same time it is also imperative you never substitute the use of technology for cleverly thought-out and well-executed trading.