Turkey, Singapore to collaborate on exchanges 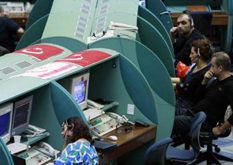 Turkey and Singapore have signed a Memorandum of Understanding (MOU) Thursday to foster mutual cooperation towards the development of both exchanges and their respective markets. Singapore, one of Asia’s most established markets has been linking its capabilities with other stock exchanges in the region. It signed an agreement with Malaysia’s Bursa Malaysia. Singapore’s STI is trading at 3,016.75 and Turkey’s ISE 100 is trading at 67,582.

The two exchanges say the tie-up will mandate collaboration on investment opportunities within their respective markets, as well as knowledge transfer, sharing of information, and ensuring on best practices. The move comes after Singapore giant Phillip Capital acquired local Turkish broker HAK MENKUL KIYMETLER A.Ş.after the countries financial regulator opened up the FX markets under its supervision. 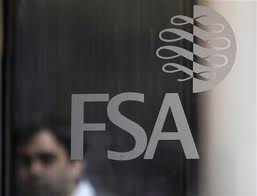 Discussion Paper (DP) that proposes a number of changes to the client money and custody assets (collectively “client assets”) regime for firms that undertake investment business.

In addition to some changes required by the European Markets Infrastructure Regulation (EMIR), the FSA proposes changes that could lead to a radical shift in how firms protect client money. The FSA also seeks comment on some wider issues in relation to its fundamental review of the client assets regime with the aim of producing better results in the insolvency of an investment firm.

EBS volumes were below US$ 100 in August

of $95.5 billion a day, the figure comes on the back of negative sentiment in the market from the euro zone debt crisis.EBS has been recording it’s volume since 2006 and August 2012 is one of the poorest months. Summer 2011 was extremely volatile and brokers across the FX space witnessed record volumes. EBS primarily deals with US dollar based currencies. EBS CEO Gil Mandelzis was promoted to manage full group operations at the worlds largest inter dealer broker. ICAP is currently trading in London at 316.97.

CySec (from Cyprus) and FSC (from Mauritius) sign agreement

These agreements allow regulatory agencies to share information about their members and companies participating in financial markets. This will also allow the regulators monitor lawful and unlawful activities by companies abusing the regulatory framework. One example could be of a company holding FSC’s license but operating out of Cyprus, against CySec’s requirements.