The EUR/USD surged more than 150 pips on Friday, as Eurozone core inflation rose faster than forecast and unemployment held steady.

The EUR/USD was supported by an unexpected rise in Eurozone core inflation in July. Core consumer prices, which strip away volatile goods such as food and energy, rose 0.9% annually in July, the European Commission reported on Friday. Economists anticipated no change from the 0.8% annual rate reported in June.

Inflationary pressures were otherwise tame throughout the Eurozone this month. The consumer price index (CPI) rose 0.2% in the 12 months through July, unchanged from June.

According to analysts, there is no certainty that core inflation would continue to rise in the coming months. Plunging energy prices and weak demand throughout most of the currency union suggests inflation will remain well below the European Central Bank’s target of just under 2% for the remainder of the year.

The ECB, which launched a €1.1 trillion stimulus program back in March, may have to continue its bond-buying program beyond the planned September 2016 end date, according to the International Monetary Fund. The international lending institution says very low inflation will continue to present downside risks for the region.

Separately, the European Commission reported that euro area unemployment was unchanged at 11.1% in June. The data continued to show large discrepancies across member-states. Unemployment was as low as 4.7% in Germany and as high as 25.6% in Greece.

The US dollar index declined across the board on Friday, plunging 0.9% to 96.73. Dollar pairs will be active next week amid several high profile data releases, including the July nonfarm payrolls report. The US economy created 223,000 nonfarm jobs in June. A similar increase in July could raise expectations for a rate increase as soon as September. 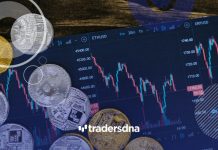