The US dollar rallied for the first time this week, climbing against a basket of currencies following an upbeat retail sales report showing improving consumer sentiment in the second quarter.

The US dollar index, a trade-weighted average of the dollar against six competitor currencies, rose 0.7% to 95.33. The index had declined for four consecutive days after pushing toward 97.00 last Friday following a much stronger than expected nonfarm payrolls report.

The euro has experienced added volatility this month as Greece and its troika of creditors – the European Commission, International Monetary Fund and European Central Bank – remain far apart on a new bailout agreement. Talks broke down again on Wednesday, with Germany’s central bank warning Greece that time was running out.

The greenback rose sharply against the Japanese yen, with the USD/JPY climbing 0.8% to 123.67. Immediate support is likely found at 121.89. On the upside, resistance is ascending from 124.06.

In economic data, US retail sales rose at a solid pace in May, while figures from March and April were also revised upwards, reassuring investors that the consumer-led recovery was still on track.

Retail sales climbed 1.2% in May to $444.9 billion, the Department of Commerce reported on Thursday. A median estimate of economists forecast a gain of 1.1%.

Only one of the 13 major retail sub-sectors posted a decline in May, official data showed. Sales at health and personal care stores fell 0.3%. Sales increased in the rest of the sector, led by a 3.7% increase at gasoline stations and a 2.1% increase at motor vehicle and parts dealers.

Excluding automobiles, retail sales were up 1% following a 0.1% increase in April.

Separately, initial jobless claims rose slightly more than expected last week, but remained well below the crucial 300,000 mark. The number of Americans filing for first time unemployment benefits increased by 2,000 to a seasonally adjusted 279,000 in the week ended June 6, the Labor Department reported on Thursday. 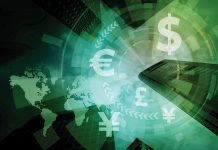 Binance Smart Chain Ecosystem Tokens Account For 44% Of The $1.9...