A recent study carried out by the Cass Business School in London has shown that investment banks can make easy profits by copying their customers’ forex trades. The study, entitled “Information Flows in Dark Markets: Dissecting Customer Currency Trades“, written by Lukas Menkhoy, Lucio Sarnoz, Maik Schmeling, and Andreas Schrimpfx, is published by the Bank for International Settlements and is available on their website.

The revelation that larger banks are at an information advantage in the currency market have raised fresh concerns about the transparency, or lack of it, in the world’s biggest financial market. The foreign exchange market, in which over $4 trillion changes hands every day on average, has been increasingly attracting the attention of financial services regulators over the past few years.

The study found that a bank could make an additional 10% profit per year, on top of transaction fees, by developing a portfolio to copy the trades of its more successful customers. The theory was successfully tested using historical data on customers’ trades at UBS, the authors of the study, which was published by the Bank of International Settlements.

Naturally, a degree of selectivity is required in order to make this strategy work, and the study found that following the trades of institutional investors such as hedge funds and asset managers was a lot more profitable than following those of private and corporate clients. This creates a huge incentive for banks to set up trading in such a way as to reveal the identities of their end-users, and gain large market shares. As a consequence, the recent trend towards greater concentration in forex markets potentially hands a huge advantage to large financial institutions acting as dealers.

The study was published just days before Euromoney’s annual survey, which came out on Wednesday, that measures the world’s largest investment banks in terms of forex trading volume. Past surveys indicated that big banks were taking an ever greater share of the market, making life increasingly difficult for the smaller banks operating in the same market.

Part of the reason for this is that execution speeds are becoming increasingly important, especially for short-term traders or those using automated trading algorithms. In order to gain a competitive edge, providers have to make a heavy investment in technology, and this is something that the larger banks are clearly in a better position to do. The major players in this arena, including Citigroup and Deutsche Bank, have been spending big on developing their own proprietary trading platforms in an effort to attract clients who may have been using third-party or multi-dealer products.

Last year’s survey showed that the top five banks’ share of the global forex market had risen from 45% in 2002 to over 57% in 2012, and the 2013 survey shows a continuation of this trend. The market is currently dominated by seven banks, namely Deutsche Bank, CitiGroup, Barclays, UBS, HSBC, JP Morgan, and RBS, with Deutsche Bank clinging onto pole position despite a concerted challenge from second-placed CitiGroup.

Between 2012 and 2013, Deutsche’s market share rose from 14.56% to 15.18%, narrowly keeping ahead of the resurgent Citi which saw its market share increase dramatically from 12.29% to 14.90% over the same period. These two banks are indisputably now the dominant players in the currency markets, and together they account for over 30% of the global forex trading volume, up from 26.85% last year. Barclays just edged into third place with 10.24%, narrowly holding off the challenge of UBS, who had 10.11% of the market. 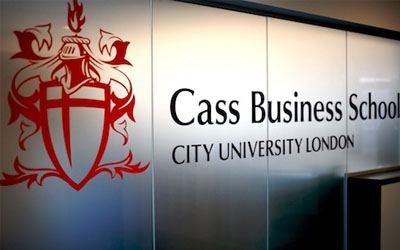 Taken together, the top four banks now account for more than half of the entire global forex market, up from 48.3% in the previous year. The survey shows that RBS, in seventh place, are now the smallest provider that have the resources to offer a full range of products and currency pairs. While those that are above RBS in the forex pecking order are increasing their combined share of customer business, whereas those outside the top seven are increasingly having to cater for niche markets, offering only certain products and currency pairs to select groups of clients.

The difficulty in staying competitive has been further increased by an across-the-board squeeze on margins. This has, in part, been driven by an increased customer focus on low transaction costs, but it is the increasing technological demands that are proving the biggest drain on finances. Investors want to be able to see the true depth of the market, and they are becoming increasingly intolerant of price slippage due to time lag, and it takes a heavy investment in technology to respond to these issues, which is something that the major players are in a much better position to do.

This, in combination with the aforementioned incentives for gaining a greater market share, could see the global forex market reduced to just a handful of high-volume players within the next few years. This means that we can expect to see the bulk – or maybe even all – of the global forex trade going through three or four major banks, unless the regulators decide to step in and make some drastic changes.