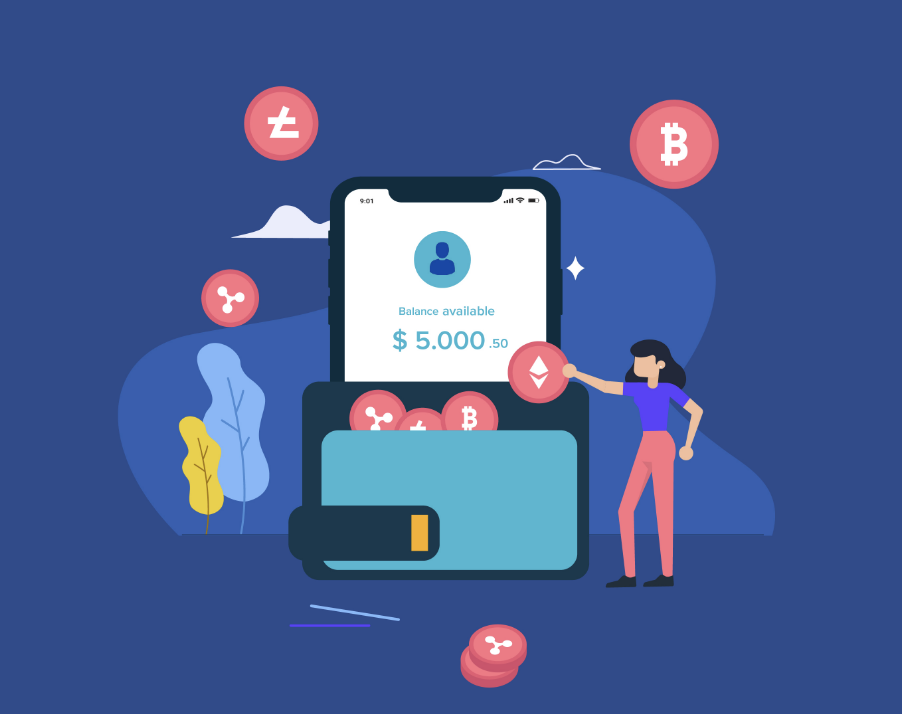 Have you thought about purchasing cryptocurrency, but you’re not sure which is best? Read on to learn the five most common types of cryptocurrency.

Understanding cryptocurrency and blockchain is no small task. In essence, you’re trying to grasp the workings of a new form of a monetary system that’s unlike anything else we’ve seen. It’s all thanks to the development and progression of modern technology.

Ethereum got launched in July 2015 and had the design to compliment bitcoin. However, this stopped no comparisons and competition between bitcoin and Ethereum from emerging. The main difference between the two is that Ethereum focuses on decentralized applications.

Imagine that Ethereum is a mobile app store. There’s a variety of colourful squares that represents everything. They can be a messaging app, banking app, and other types of apps. When you download and install an app, you’ll see the app ask for your permission to take your data and access certain phone features.

With Ethereum, you don’t need to worry about a third party using the data that these apps collect. Your credit card data won’t go to a third party’s cloud servers because it’ll remain private. Ethereum cancels out other third-party curators like Apple and Google, too.

Like bitcoin, your information instead goes to a group of entities to store and control that data. The divergence from bitcoin comes in Ethereum’s support for applications beyond money. It instead aims to be a world computer.

Monero (XMR) is our next cryptocurrency type. It came out in April 2014 and soon got a big following. Its focuses are privacy, scalability, and, of course, decentralization.

It works like how blockchain uses a network of computers to countercheck each other. However, the signatures all seem like valid participants. This is what keeps the real participant safe and inaccessible.

Today, the popular cryptocurrency day trading type is Monero. It’s such a big favourite of many that it’s outpacing the gains of Bitcoin. In early January 2020, Monero’s per token value reached $57.16, and it had a market cap of $994 million.

However, Monero has also gained a bit of a bad reputation. It’s the preferred cryptocurrency for underground criminal operations. This is most likely because of the strong security and privacy features Monero has.

Still, it’s not stopping everyone else from investing in Monero. Since its launch, Monero thrived only as a donation-based and community-driven cryptocurrency. It shows how much people need total privacy in cryptocurrencies.

This list of the five top types of cryptocurrency isn’t complete without Bitcoin. However, here, we’re going to focus on a Bitcoin hard fork, which is Bitcoin SV. It’s a planned network upgrade for November 2018.

SV in Bitcoin SV (BSV) stands for Satoshi Vision, named after the Satoshi Nakamoto. It’s the name of the person who first created and developed Bitcoin. This January 2020, BSV had a market cap of $2.1 million while its per token value was $114.43.

If you didn’t know, a hard fork is a change in the protocol that creates a new protocol version. From the parent protocol that is Bitcoin, two major hard forks came about and are thriving now. These are the BTC or Bitcoin cash and the BSV.

Launched in 2011, Litecoin is one of the first cryptocurrencies that still tops the charts. If Bitcoin was equal to gold pieces, many regarded Litecoin as silver pieces. Charlie Lee, a former Google employee, created the Litecoin.

It’s meant to be an improvement on Bitcoin technology. It featured more concentrated miners, shorter transaction times, and lower fees. It’s the third-largest cryptocurrency after Bitcoin and Ripple.

The thing about Litecoin is that its blocks are decodable by consumer-grade CPUs. That means you can use an ordinary computer to mine Litecoins. Yet, you’ll see more value when you use cryptocurrency mining hardware to mine Litecoins with.

Early this year, we saw Litecoin with a market cap of $3 billion and a per token value of $46.92. This makes Litecoin the sixth-largest cryptocurrency in the world.

Finally, we have a cryptocurrency called Ripple (XRP). Like Litecoin, it’s been around for almost a decade now. Ripple launched in 2012 and has since set itself apart from other cryptocurrencies.

Ripple functions as a real-time global settlement network. It offers instant, low-cost international payments. Now, its market cap is at $9.2 billion and its per token value is at $0.21.

Understand the Types of Cryptocurrency Better

Like there are various devices, there are also cryptocurrencies with various functions. There are hundreds of other cryptocurrencies in the system and the ‘graveyard’. These top five continue to exist because their functions are most valuable to us right now.

The FCA Extends The End Date Of Existing Cryptoasset Businesses

What impact does Dodd Frank have on FX trading?