All Forex traders aspire to become super traders. Most have a hunger for that one big deal which has the potential to immortalize their name in the currency trading market and the industry. However, contemplating about becoming a legendary trader is easier than accomplishing the goals which can get you there. It is still great to get a bit of inspiration from some of the world’s most diligent and hardcore traders. Andy Krieger is one of those legends.

People who belong to the trading markets and those aspiring to become successful traders all know about the fateful incident that took place on October 19th, 1987, when the stock market crashed. Dow Jones ended up falling 22%. The days that followed gestured towards a massive collapse of the world’s stock markets and most markets fell by 20% by the end of October. To the surprise of many, this collapse was not triggered by any single event. Experts believe that the collapse was a result of a mass panic that ended up devouring the entire market.

However, amidst everything, there was one currency trader working with Bankers’ Trust who wasn’t too concerned about what was going around him.

Andy Krieger, after graduating from Wharton School, joined Salomon Brothers and in 1986 joined Bankers’ Trust. It wasn’t long before he made his mark in the company, being labelled as one of the world’s most assertive and hard-hitting dealers. It was his reputation in the market that led the Bankers’ Trust to gain the full confidence and support of the board members. And it was because of this that he had a trading limit of $700 million, compared to the normal limit of $50 million.

The Attack on the ‘Kiwi’

In the wake of the stock market crash on that day, which has been noted in history books as Black Monday, Krieger became overly convinced and confident that the Kiwi (the New Zealand dollar) was susceptible to attack. Krieger, in light of his research, his diligence and aggressiveness chose to hit the Kiwi and take advantage of the situation. By utilizing his trading options, Krieger had the ability to leverage massive amounts and could own and control up to $30 to $40 million in actual currency.

And he did not hesitate to use his advantage to land a big speculative strike on the Kiwi in 1987. Because of the fact that he had a fairly large trading limit, he decided to leverage it by trading currency option spiking up to 400:1, which allowed him to topple the a massive amount of money to crush the Kiwi dollar. As a matter of fact, Krieger’s short position ended up being so large that he said it went past the entire country’s money supply. In simpler terms, he controlled more Kiwi dollars then there were in circulation in New Zealand.

Krieger’s move to destroy the currency had a catastrophic effect on the Kiwi dollar. The New Zealand dollar dropped by 5% against the US dollar in a span of just a couple of hours, allowing Krieger to make a staggering $300 million profit for the Bankers’ Trust just sitting there. Of course, the reaction of the Bank of New Zealand wasn’t pleasant. They were outraged and rightly so, but Krieger responded to their outrage by saying something only a man of calibre can say. He made it clear that Bankers’ Trust did not make a position that was significantly big for them. Instead he said that New Zealand did not have what it takes to handle the operations carried out by the company.

The damage he inflicted on the Kiwi dollar caused a lot of controversy for the New Zealand Central Bank. So much so that the New Zealand Central Bank and government official kept on asking the bosses at Bankers’ Trust to get him out of their currency. Shortly after the Kiwi incident, Krieger resigned from Bankers’ Trust and found started working for another trading legend and guru, George Soros.

Part of why he resigned from Bankers’ Trust was also because of his disgust and anger at his former company which only gave a $3 million commission on a $300 million profit he made for them. After he left on good terms, Bankers’ Trust ended up reaffirming their foreign exchange and trade profits and that is because of the fact that they had no idea how Krieger operated and failed to understand his complex methods of trading. 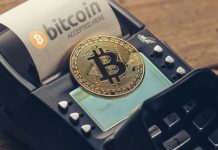 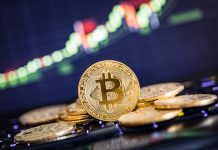