• Bitcoin takes the crown for the most Googled cryptocurrency, coming top in the US and worldwide.

• Shiba Inu and Dogecoin take second and third in the US, but Dogecoin beats Shiba Inu on worldwide searches.

New research has revealed the most Googled Cryptocurrencies of 2022, with Bitcoin coming out on top.

Personal finance experts at DollarGeek analyzed Google searches for a collection of cryptocurrencies to see which were the most searched this year in the US and worldwide.

Shiba Inu coin comes in second place on the list. In the US, the cryptocurrency received 1,290,000 searches a month on average in 2022 and 4,430,000 monthly searches worldwide. Very little is known about the original founder of the coin who released it in 2020, with the mystery crypto creator only known as “Ryoshi”.

Coming in third place is Dogecoin, which in 2022 received around 729,000 searches every month in the US. It also beats out Shiba Inu coin on global searches, with an average of 5,850,000 searches worldwide this year. Dogecoin is considered one of the first examples of a ‘meme coin’, created as a ‘joke’ in late 2013.

Ethereum takes fourth place on the list, receiving an average of 611,000 Google searches in the US annually during 2022. Additionally, it received 3,840,000 on average worldwide every month. It’s also one of Bitcoin’s biggest competitors in the cryptocurrency market, being second largest in market capitalization.

Rounding out the top five is Avalanche. The cryptocurrency received around 534,000 searches a month in 2022, as well as 861,000 searches around the world every month. It’s another young cryptocurrency, having only been released in September of 2020.

Commenting on the findings, a spokesperson for DollarGeek said: “Bitcoin remains the most popular cryptocurrency in the US and around the world, having been the first cryptocurrency in wider use since its release in 2009. However, its alternatives, while smaller by a large margin, are catching it in popularity, illustrated by the sheer number of searches for some of the youngest cryptocurrencies.”

This study was conducted by DollarGeek, a personal finance site that leverages large sets of data to recommend financial products and strategies to users, all for free. 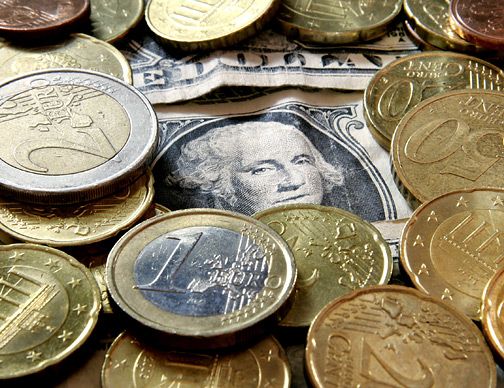