The internet is a wonderful thing that allows us to connect with the entire world at the touch of a button. It helps us to reach out into the farthest corners of the globe and link up with old friends and family; it facilitates communication with our boss and coworkers through instant email; and it even makes virtual meetings and gatherings possible through video call platforms. However, our increasing internet usage doesn’t exactly come free of charge because every time we use the internet, we leave a carbon footprint. This is a footprint that many companies are actively trying to reduce in order to help save the climate and the environment.

The carbon footprint of internet usage

The majority of people use the internet on a daily basis and, according to studies, roughly 61.5 % of the world’s population owns a smartphone. That is more than 4.78 billion people who use a smartphone every day for anything from streaming movies and series, to gaming, to reading the news. Because of this, most companies have optimized their websites so that they are viewed most efficiently on a smartphone, including sites such as Amazon, which is geared up for shopping, and PokerStars, who offer a mobile version of their site for the optimum gaming experience. The widely read newspaper, the Guardian, even uses so-called accelerated mobile pages to optimize and streamline their readers’ experience. Now, with that many private users and even more companies and major corporations using the internet on a daily basis, the environmental impact of internet usage is palpable.

Every time someone streams a video, watches a series on Netflix, sends an email, or even just checks the weather it leaves a trail and comes with a cost. That cost is the amount of carbon dioxide that is emitted because of the energy used to run the computer or mobile device and the wireless network. Another factor is the data centres and huge servers that are needed to support the internet we all use and to store the content in order for us to access it. These centres and servers are even more energy intensive. It has been calculated that the carbon footprint from our collective internet usage, and the vast systems supporting the internet and the stored content, makes up 3.7 % of global greenhouse emissions. That may not sound like much, but it is actually equal to the amount produced by the entire global airline industry. So, it is definitely an issue that needs to be taken into account when talking about moving towards a greener future.

So what can be changed?

It can be hard to see, and even harder to agree on, which steps need to be taken in order to successfully move the business world (and the private sector as well) into a greener and more sustainable future in terms of internet usage. The obvious solution would be to cut down on the amount of data being used and the time being spent online, as one would assume that would reduce the amount of carbon dioxide released. However, that is not always the simple answer, and perhaps not even entirely possible for some companies. Another solution could be to switch energy sources at the big data centres and servers so that they are running on renewable energy, such as solar or wind energy instead of burning fossil fuels. That would presumably cut the emissions by a greater amount.

There are also other alternatives. One of the major problems with the big servers and their emissions is that they run 24/7 365 days a year. They literally never stop running and providing the world with internet content. Now, renewable energy would solve a lot of these issues, but looking into reusing waste heat from the servers is also an option.

Dabbling in renewable energy is something Google has been very interested in and the tech giant is actually the world’s largest corporate buyer of renewable energy. They have shown that being a big player in the tech industry and being as environmentally conscious energy-wise as possible is absolutely attainable; a solution to at least part of the problem would be if more major companies went green by buying and using sustainable and renewable energy sources.

However, it seems that ultimate solution is still quite far away; at least there are companies such as Google, as well as individuals and smaller companies, who are cutting down on their internet usage or using alternative energy sources in order to make a difference. 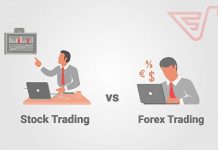