European markets are in the red as an increased Covid infection rate across the continent threatens a return to restrictive lockdown measures. The FTSE and Dax are both down just under 3% each as fearful investors move out of equities as uncertainty looms. The lack of clarity regarding further US stimulus is also likely weighing on sentiment.

London listed banking giant HSBC is trading at a 25 year low this morning after a dossier was leaked alleging the illicit movement of funds spanning two decades involving HSBC and other major financial institutions including Standard Chartered, Deutsche Bank and JPMorgan. The implicated transactions are said to involve terrorists, drug traffickers and corrupt political regimes. HSBC responded by saying the report was ‘historical’ and since 2012 they had taken measures to overhaul these types of practices.

The S&P 500 delivered its third straight week of losses last week, with tech names including Apple and Amazon continuing to fall back from recent highs. On Sunday night, US stock futures pointed to a muted market open this morning, with investors facing down a variety of political risks. Democrat and Republican lawmakers are still struggling to come to agreement on the latest pandemic stimulus package, which has been the state of play since July. The death of Supreme Court Justice Ruth Bader Ginsberg could complicate those negotiations further and heighten tensions between the two parties in the run up to the presidential election. President Trump plans to immediately nominate someone for the seat, in the hopes of filling it before his current term is out – something that Democrats will try to stop.

Nonetheless, there were some positive signs in economic data on Friday even as the S&P 500 fell by 1.1%. The University of Michigan’s preliminary consumer sentiment index reading for September came in at 78.9, up from 74.1 the previous month and well ahead of economist expectations. That reading is the best since March, and confident consumers are a prerequisite for economic recovery in the US, given that consumer spending accounts for around 70% of the country’s economy.

The top line figures for the major US stock indices do not tell the full story of last week. Given their dominance market cap wise, the tech giants can easily swing indices into the red even when other sectors are performing well. Last week was just such an example of this, as while the 5% losses posted by Amazon and Apple took the index into the red, more than 70% of S&P 500 names closed the week in the green, according to analysts at financial advice firm Edward Jones.

“We think the new bull market will have more staying power than the tech sell-off. That said, we don’t think the short-term dip has set the market up to resume its trajectory of the past five months,” Edward Jones’ analysts wrote. “We think tech shares may continue to be a leader in both the rallies and dips ahead.”

Are negative rates in store for the UK?

London-listed shares posted an almost flat week, as the Bank of England left interest rates unchanged and signalled it is ready to take additional action if required. The UK economy has a potentially bumpy road ahead, with the end of the government’s furlough support scheme looming, and the threat of a no-deal Brexit moving nearer. In a Friday note, T. Rowe Price shared the prediction of in-house economist Tomasz Wieladek, who predicted that if those risks cause the UK economy to stagnate in the second half of 2020, then the central bank could push rates well into negative territory. Bank of England governor Andrew Bailey has previously hinted that negative rates remain one option in the toolbox, one he has refused to rule out using. In the FTSE 100 last week, grocery delivery service Ocado Group was the biggest winner, gaining more than 20% after reporting encouraging signs from its switch from Waitrose products to Marks & Spencer. The news gave M&S shares a boost too, to the tune of 8.7% for the week.

Tomorrow, Tesla will host an inaugural and highly anticipated event focused specifically on new battery technology. CEO Elon Musk has been teasing the event on social media recently, which has stirred up speculation that the electric car maker may be set to unveil major advances in battery technology, which are crucial to the mainstreaming of electric vehicles. Battery production costs, longevity and durability are all elements that analysts have suggested may be addressed, as well as the firm’s reliance on third-party battery cell makers versus in-house production. Major Tesla announcements typically lead to share price volatility, and how markets react will in part be driven by how confident investors are about timelines for any new technology making it into real-world products.

Deal or No Deal? An Early Look at Brexit Outcomes 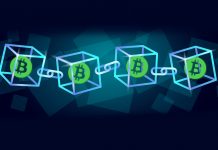