The British pound declined sharply against its US counterpart on Wednesday, as tepid wage growth and a dovish Bank of England pushed the GBP/USD to its lowest level in nearly five years.

The pound also weakened against the euro, which has consolidated higher this week. The EUR/GBP advanced 0.9 percent to 0.7243. Initial support is located at 0.8141 and resistance at 0.7296.

Although the pound weakened on Wednesday, it was performing at its highest level in six years against a basket of trade peers’ currencies. The Bank of England acknowledged that fact in its March 4-5 policy meetings and expressed concerns that a stronger UK economy would contribute to a stronger local currency, which would further undermine the Bank’s inflation target.

In UK data, tepid earnings growth overshadowed another strong month of job creation, the Office for National Statistics reported on Wednesday. UK employment rose to its highest level on record in February, as unemployment fell 102,000 to 1.86 million in the three months through January, official figures showed.

The employment milestone was hailed by Chancellor George Osborne, who delivered his final Budget before the UK’s upcoming general election.

Despite the increase in employment, earnings growth continued to disappoint. Average earnings including bonuses rose just 1.8 percent in the three months through January, well below forecasts calling for 2.2 percent. Average pay had increased 2.1 percent between October and December.

The figures suggest that tepid wage growth continues to be a reality for the UK economy, although very low inflation is lowering the burden on consumers. With annual inflation falling to a record low of 0.3 percent in January, earnings are outstripping price growth by a wide margin.

Very low inflation will probably keep interest rates highly accommodative for the remainder of the year. The BOE is not expected to normalize policy until at least 2016. The United States Federal Reserve will have already increased interest rates more than once, according to forecasts.

Weak inflation has been a reality in most advanced industrialized countries. Central banks in a dozen or so countries and regions have eased monetary policy this year in response to tumbling inflation. Tame inflation is forecast to persist in the coming months as oil prices continue to slip. 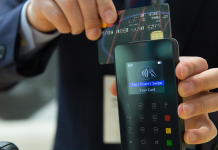