· Douglas Borthwick, CMO and Head of Business Development of INX, has been announced as the starring guest in the upcoming interview for Dinis Guarda citiesabc openbusinesscouncil YouTube Series.

· An expert in fintech and digital assets, Mr. Borthwick will tell us more about INX’s SEC regulated Security Token IPO, the current state of cryptocurrency exchanges and how regulatory bodies are changing their minds about digital assets.

· The interview can watched on Dinis Guarda YouTube channel.

A trading solutions company, INX launched one of the first SEC regulated Security Token IPOs in August 2020, a milestone in the blockchain and digital assets exchange market. This achievement advanced the company’s mission of “creating regulated digital asset opportunities for institutions and retail investors.”

The interview will present the INX vision and roadmap, and shed some light on the opportunities and channels in the digital assets space. Additionally, as per the one-year running Dinis Guarda citiesabc openbusinesscouncil YouTube Series, the interview will focus on Mr. Borthwick’s experience at INX, its mission and offerings. As a company that has had to deal with regulatory bodies, Mr. Borwtick will also share his company’s experience obtaining SEC approval as well as the next step for INX.

Regulation in the crypto and digital assets space has been a legacy burden, dragging back investors and the general public, and slowing down innovation in tech and fintech – until recently. Regulatory bodies throughout the world are starting to see the advantages of blockchain technology to public and private securities and the extra safety net that it would add to digital exchanges.

Douglas Borthwick is an advocate of blockchain technology as the way forward for both private and public securities trading. “The blockchain allows companies to digitize their issuances, creating a whole new playing field for both public and private assets. This new playing field makes trading more efficient by cutting out the need for various middlemen. It allows for a 24/7 trading market, fractionalized ownership, and for the first time, thanks to the work of INX Limited, opens up private markets and early stage funding to retail investors. This is the future.” Mr. Borthwick said in a recent article.

Additionally, blockchain could leverage compliance to current regulations, especially those regarding AML and KYC: “Regulators prefer the blockchain given tokens can have smart contracts, designed to autonomously ensure that all owners of a security have gone through AML and KYC screenings. On the blockchain, a security can only change hands if both parties have whitelisted their digital wallets,” Mr. Borthwick continues.

A veteran in the finance industry with more than 25 years of experience, Douglas Borthwick has held various positions at Morgan Stanley from 1996 to 2005, managing foreign exchange derivatives trading groups in New York and London, with a strong focus on emerging markets. He then ran the strategic trading desk at Merrill Lynch from 2005 to 2006, and the Latin American FX trading business at Standard Chartered from 2006 to 2009. In 2010, Mr. Borthwick managed trading and research areas for startup foreign exchange agency Faros Trading, a company that was later sold to FXCM in 2013. Prior to joining INX as CMO and Business Development Officer, Mr. Borthwick founded and built the Chapdelaine FX electronic and voice trading business for inter-dealer broker TP-ICAP from 2012 to September 2018. Mr. Borthwick holds a bachelors of science in Economics from Carnegie Mellon University and an MBA from Yale University’s School of Management.

“The future of securities is now. With regulators, issuers and consumers all seeing advantages to tokenization, and with the pathway to tokenization now lit by pioneers like INX Limited, it’s only a matter of time before this stream turns into a torrent,” ended Mr. Borthwick.

We look forward to more insightful thoughts and ideas in the upcoming interview on the YouTube channel Dinis Guarda. 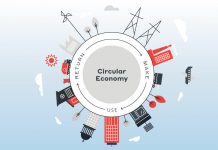 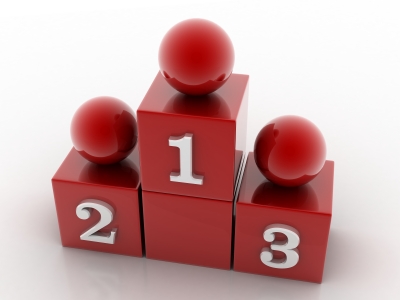