Last Monday, Mark Zuckerberg announced in a Facebook post, was an important day for the company: “For the first time ever, one billion people used Facebook in a single day,” wrote Zuckerberg. “On Monday, 1 in 7 people on Earth used Facebook to connect with their friends and family.”

According to a Seeking Alpha report, Facebook currently sits at 1.49 billion average monthly users and 968 million daily users (as of June), and that number will likely continue to go higher.

Of course, there are always the skeptics. Some have reacted negatively to the news, postulating that the majority of those “users” are comment logins on sites like ESPN, USA Today, etc., or even bots with fake accounts. While it’s likely that we’ll never know exactly how Facebook comes to its proprietary information, one thing is for sure: the company is bigger than it ever has been and it continues to grow.

In a moment of humor, a Gizmodo writer pointed out that while 1 in 7 people on Earth used the social media network last Monday, the vast majority of people didn’t use it. And that’s the opportunity Zuckerberg wants to tackle. For example, Zuckerberg created Internet.org in an attempt to provide free access to the internet to poor people in developing countries around the world. And while some pundits have complained about the initiative being too restrictive, it’s better than nothing.

Last year, Zuckerberg also announced that the company would begin working on building drones that could help provide Wi-Fi connectivity around the world in an attempt to give people internet access. While this wouldn’t be as restrictive as the Internet.org initiative, Facebook is one of the most popular sites in the world, so it’s obvious that more and more people would sign up for it.

The third thing that Facebook has done recently to reach more users in emerging markets is its Facebook Lite app. A stripped down version of the core app, Facebook Lite uses very little data, runs smoothly on 2G networks and is less than 1 MB in size. Just three months after the app was launched, it has over 500,000 reviews on the Google Play store with an overall 4.2 star rating.

For Facebook, this isn’t just about money — well, it mostly is — it’s about people. In another Facebook post, COO Sheryl Sandberg wrote, “When I think about what it means to have a billion people connected, I think about the man I met in western India who told me that the internet is bringing down the cost of food in his village. I think about the British volunteer medics that saved dozens of children’s lives with a single video. I think about my friend Masih Alinejad, who gave Iranian women a voice by starting a page where they could post photos of themselves without headscarves.”

So what does all of this mean? Not only is the world a little better connected, but for Facebook, the sky is still the limit. 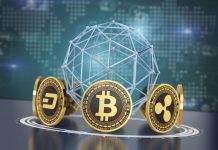