Cryptocurrency has had a rough 2018, and while many are still predicting major gains before the end of the year, we’re starting to run short on time for those predictions to come true. Cryptocurrency can make significant leaps in short time, however, which is why it’s worthwhile to at least consider predictions in all directions. For all we know we could be in for a late-year surge for the second year running.

For a more sustained bitcoin revival however, we have to consider market influences that could have more long-term effects. This has always been difficult throughout cryptocurrency’s short history, because with an asset that’s still developing in a very literal sense it’s hard to get a firm grasp on what moves its price with any lasting impact. For this reason we make no promises, but some of the following American factors could conceivably spark a bitcoin revival in the next year or so.

Slowly but surely, talk of a new American recession is bubbling to the surface. Said a summer article at CNBC, investors are so concerned about this potential recession they’re preparing for it. There are legitimate signs that the market may be gearing up for a sustained crash, and if that happens – for what would be the first time in years – many may start looking for alternative stores for their wealth. This in turn could lead to people buying up cryptocurrency, the same way they’ve bought up gold in the past. While the somewhat common comparison between bitcoin and gold has several faults, there may be enough investors who look at bitcoin as a safe haven – even if they’re doing so mistakenly – to raise its value noticeably.

Amazon may in fact hold all the cards for cryptocurrency, in a way. Many of us have started to analyze bitcoin purely as a commodity, but it still stands to reason that if it were more functional or more convenient, demand and eventually value would increase. And as one of the world’s biggest online retailers, Amazon has the power to make bitcoin far more functional. Nothing seems imminent, but there have been some whispers now and then about Amazon exploring the idea of accepting cryptocurrency. If in the next few years the company takes that leap, and takes bitcoin as an acceptable currency, we could see major changes. This is perhaps one of the biggest wildcards out there for the entire crypto market, even if – again – nothing seems imminent.

Particularly in America, sports betting may not seem like a very big business just yet. It comes across as a specialty activity for a relatively small community of sports fanatics. However, you need only look at how many new sites have emerged just this year for international betting to get a sense for the popularity of the industry. There are dozens of major companies and online bookmakers (or case pariuri online) involved, each with listings for sports and other events that wind up putting huge amounts of money into circulation. Meanwhile, sports betting is nearing legalization and adoption across much of the United States, which would bring some of those sites and companies into play. If they accept bitcoin – as some related sites for casino activity already do – it will mean another major incentive for people to buy and use the cryptocurrency, which in turn means greater value.

Bank activity is a little bit more complex and difficult to parse through, because there are some questions about what kind of impact a given action might have. Stepping back, even the idea of increased regulation on bitcoin causes some debate, with some suggesting it will stabilize markets and encourage investors and others arguing that it will quell demand and deflate prices. Where banks are concerned however, various American banks are exploring the idea of creating their own institutional crypto products – which some experts argue will bolster the adoption of cryptocurrency in U.S. markets. It remains to be seen if that would truly be the case, but it’s another major factor to keep a close eye on.

This is an article provided by our partners network. It might not necessarily reflect the views or opinions of our editorial team and management.
Contributed content 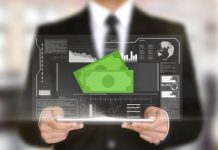