David Cooney is the CEO and founder of New Zealand-based forex brokers and platform providers MahiFX, one of the fastest-growing players in the online FX space. Today on Traders DNA, in association with INSEEC, we have an exclusive interview with him in which he talks about the past, present, and future of MahiFX and the forex trading industry in general.

Q1:   Can you tell us about yourself and about your background?

Q2:   What is your educational background?

Q3:   Previously you headed Currency Options and e-FX trading in Barclays;
what is the difference now in managing a new company?

Q4:   What can you tell us about MahiFX and how you differentiate yourself from the competition?

Q5:   You offer retail traders the same spreads FX institutional
traders have access to with no added charges/costs/commissions. What differentiates these spreads from others?

Q6: What are the main considerations about Forex Trading in the
present shift landscape?

Q7:  Regarding technology, how comparable are MahiFX’s offerings to other brokers?

Q8:   What is your take on social and mobile trading?

Q9: What are your views on the way social media affects real time trading?

Q10:  In general, what are the most prevalent challenges in the forex, algorithm trading and fintech industry?

Q11: You have recently published “The 25 Golden Rules of Forex”. What can you tell us about the rules and advice it covers?

Q12: What are your views on regulation?

Q13: Which traders are you targeting at MahiFX?

Q14: What is your advice to traders and why would they choose MahiFX?

Q15: What are the advantages of being a market maker?

Q16: What are the main differentiators of the MahiFX platform?

Q17: What do you consider to be your strongest key characteristic?

New Zealand-born Cooney was inspired to embark on a career in finance by an article in Euromoney that he read just prior to finishing a law degree. The article was about a Chicago-based currency options trading firm called O’Connor Associates, and the success of their disciplined, quantitative approach to trading.

Instead of trusting the instincts of individual traders, they worked as a team using computer-generated ‘sheets’ to calculate probability and prices, based on the Black Scholes Merton model. This meant that risk could be controlled centrally, which took the variables of individual emotions and foibles out of the picture to a certain extent. This resonated with a young Cooney, and motivated him to pursue a career in currency options trading.

After graduating from Law school he got an apprenticeship with Chase, where he got to learn from a company called Susquehanna that shared the O’Connor & Associates approach to trading. This was a company with a culture of hard work, mutual respect and mentoring, with total calm within the team while those around them on the trading floor were losing their heads. This was to inform his entire approach to trading, and inspire the culture he has fostered at MahiFX.

After serving out his apprenticeship at Chases, he moved to Credit Suisse First Boston and then to Dresdner Bank, where he moved to Singaport to take charge of the currency options operations for Asia. He moved back to London in 2000 to become co-head of Currency Options along with Tim Cartledge. A few years later, the pair were headhunted by Barclays Capital to head up their global Options desk, and several Dresdner traders followed suit soon after. This team was charged with rebuilding Barclay’s FX optiona educating a new generation of traders.

Gradually, as the Options business at Barclays bedded down, the team started paying more and more attention to e-FX trading, which they had started to look at while still at Dresdner. While on gardening leave between the two jobs, Cooney and Cartledge developed a pricing engine known as ‘Intelligent Pricing 1’. At the time, the e-FX space was monopolised by a technology company called AVT, who manufactured trading platforms and white labelled them to banks. 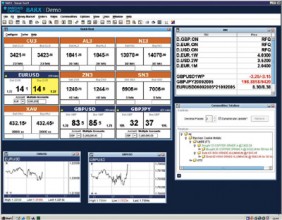 However, Barclays Capital decided to build their own GUI, and together with the Intelligent Pricing engine and the team’s philosophy and knowledge of market making and risk, a system known as BARX was born. This platform went on to become one of the leaders in the global space, due to its excellent pricing and innovation. One of these innovations was ‘Precision Pricing’, which showed prices to an additional decimal place, which is now the industry standard.

Cooney returned to New Zealand in 2010 with his wife and young daughter, and together with his wife (who he met while working at Dresdner, and joined him at Barclays) and his long-time friend and colleague Tim Cartledge, he set about creating MahiFX, an online trading platform intended to provide institutional quality rates to retail traders. Recently, they have also added MT4 support to their range of proprietary platforms. 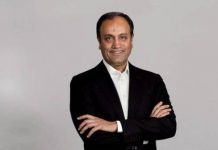 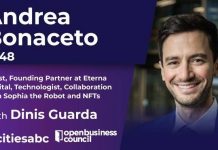 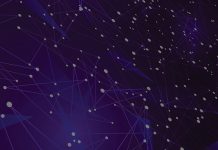 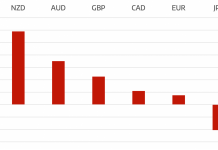