A new report carried out by CB Insights and PwC has found out how venture capital, one of the main financing tools that funds startups and small businesses worldwide, has provided more than $99.5B in funding deals during Q4 2018. This astonishing figures, the highest since 2000, leverage this type of financing as one of the preferred one among entrepreneurs.

However, as a counterpart for such good news for venture capitalists and those businesses that were funded with them, these deals were less diversified than in previous years, as the total amount of transactions dropped to 5,536 operations. Same highlights include US companies raised a record number of mega-rounds in 2018, with 184 $100M+ funding rounds, which confirms the driving trend toward fewer, bigger deals.

As mentioned above, these figures are disclosed in the latest report carried out by CB Insights and PwC, Money Tree Report Q4 2018, which discloses a deep insight of the current state of venture capital in funding operations. As such, it highlights the good health that VC enjoyed last year amid a failing number in total deals. It seems likely that funds will take even more precautions in 2019 when financing new businesses, and rather than diversifying their portfolios, they are pin-pointing surgically where they are going to put their money into.

Starting off in the US, the report found that US deal activity has fallen to its lowest level since 2013, though later-stage mega-deals pushed annual funding to its highest level since 2000. Likewise, seed-stage deal share fall to 25% making up for the third consecutive yearly decline, as larger, later-stage deals take up more US funding. This confirms the trend that started last year in seed-stage deal shares.

Better news for VC and businesses come from the unicorn companies spectrum. The US saw a record number of new unicorns: 53 US VC-backed companies saw their valuation rise to over $1B in 2018.

“2018 was a phenomenal year for US venture capital, with $99.5B invested — a record-breaking 55 unicorn births, 184 mega-rounds, and funding levels at their highest since 2000 ($119.6B),” commented Tom Ciccolella, Partner, US Ventures Leader at PwC, one of the co-creators of the insight.

Emerging technologies have been quite a buzz in recent years, and VC has been one of the main financing partners for new companies. One tech that has seen a rapid development and has drawn the interest of funds has been Artificial Intelligence. However, the report has found out that after reaching funding peaks in Q3’18, AI-related funding has declined in Q4’18 to $2.4B, from $2.7B in Q3’18, after increasing in the first three quarters of 2018.

Most venture capitalists has laid their eyes on Asia, which funding increased moderately amid surging deal activity, making Asia an exception to falling global deal activity. With 5,066 transactions in 2018, a 42% increase compared to 2017, funding in the region increased by 11%, to $80.9B. 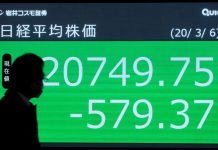