Despite claims that the US debt standoff was nearing resolution on Monday, the situation is still unresolved with just one day to go until the deadline. However, assurances from US lawmakers that a deal is in sight have calmed markets somewhat, with the dollar rising against the safe-haven yen as a result. 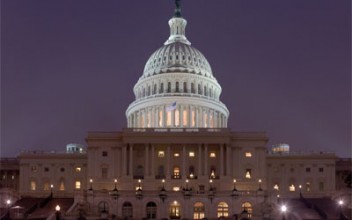 Late yesterday, officials said that that they were near to reaching an agreement to raise the government’s borrowing limit from its current level of $16.7 trillion. A resolution had been widely expected yesterday, but two separate efforts at passing the legislation were blocked by Republicans.

The political standoff could have negative consequences for America’s debt costs, with Fitch Ratings warning that it could cut the US sovereign credit rating from AAA as a result of the uncertainty.

The implications if American politicians fail to come to an agreement could be dire for the US economy, and also that of the rest of the world. Without raising the debt ceiling, America could default on its obligations, sending shockwaves through the US financial sector. However, it’s unlikely that it would do so immediately after the Oct 17 deadline, which buys the government some time to avoid catastrophe.