Job growth in the United States weakened in February, although employers continued to add more than 200,000 jobs for the 13th consecutive month in the latest sign the labour market was continuing to accelerate.

US private sector employers added 212,000 jobs in February following a gain of 250,000 in January, the ADP Institute said on Wednesday. Economists forecast a monthly increase of 220,000.

The ADP report is a prelude to the official nonfarm payrolls report due on Friday. Government economists are expected to show the creation of 240,000 nonfarm payrolls at the end of the week, according to forecasts.

Added Mark Zandi, chief economist of Moody’s Analytics, “What is also encouraging is that job gains are broad-based across all key industries. Job growth is strong, but slowing from the torrid pace of recent months. Job gains remain broad-based, although the collapse in oil prices has begun to weigh on energy-related employment. At the current pace of growth, the economy will return to full employment by mid-2016.”

Employment in construction increased 31,000 last month, the same number as January. Employment in manufacturing grew by 3,000, well below January’s 15,000. Overall employment among goods-producers increased by 31,000 in February.

Services-related employment increased by 181,000 in February, down from 206,000 at the start of the year. Employment growth in professional and business services eased to 34,000 from 49,000, while expansion in trade/transportation/utilities grew by 31,000, compared to 50,000 in January.

February marked the weakest pace of job growth in six months, a sign the labour market was beginning to moderate after posting its strongest year in more than a decade. More plentiful jobs and lower unemployment will continue to lift consumer sentiment in the coming year, resulting in bigger purchases.

Personal spending declined for the second consecutive month in January, data from the Commerce Department showed earlier this week, suggesting that consumers were focusing on increasing their savings and reining in their debts. The savings rate rose to 5.5 percent in January, the highest level in more than two years.

15 Years On From The Start Of The Financial Crisis Risks... 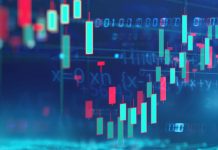 Blockchain: Unibright To Enable The Creation Of DAML Smart Contracts With...