The US dollar declined against a basket of currencies Wednesday after data showed continued weakness in consumer inflation, raising doubts about the Federal Reserve’s propensity to raise interest rates this week.

The US dollar index, a weighted average of the greenback against six global peers, declined 0.1% to 95.48. The dollar was virtually unchanged against the euro and Japanese yen, but fell sharply against the British pound after data showed further improvement in the UK labour market.

The GBP/USD rose 0.8% to 1.5463 after the Office for National Statistics said UK unemployment fell to 5.5% in the three months through July, while average wage growth surged to a six-year high.

Trade volume for dollar pairs was relatively low on Wednesday as global investors shifted their attention to the Federal Reserve.

The Federal Open Market Committee (FOMC) kicked off its two-day policy meeting in Washington on Wednesday against a backdrop of speculation about interest rates. The Fed’s path to rate normalization may have been compromised by a string of disappointing data releases over the past several weeks. On Wednesday the Commerce Department said consumer inflation declined in August for the first time in seven months.

The consumer price index (CPI) of goods and services declined 0.1% in August after rising 0.1% the previous month. Economists forecast no change from July. In annualized terms, CPI rose 0.2% in August.

So-called core inflation, which strips away food and energy, rose 0.1% from July. Core CPI increased 1.8% in annualized terms, unchanged from the previous month.

The inflation data come just one day after the Commerce Department reported a slowdown in retail sales and a fall in factory activity. Combined with the economic slowdown in China and broader implications on the financial sector, the latest domestic signals will likely keep the Fed from raising interest rates until later this year. 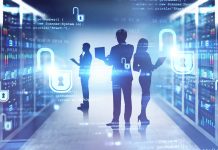