The US dollar weakened against a basket of currencies Thursday, as durable goods orders declined sharply in August, fueling concern about a slowdown in the domestic economy.

Thursday’s numbers add to the growing body of evidence showing a broad slowdown in the US economy in the third quarter. According to analysts, US GDP growth likely slowed to between 1.5% and 2.5% annually in the July to September period, down from the previous quarter’s 3.7% growth pace.

Separately, weekly jobless claims continued to point to a solid labour market recovery. The number of Americans filing first-time unemployment benefits rose slightly to 267,000 last week, but remained well below the 300,000-mark that is generally associated with a firming labour market. The less volatile four-week average declined to 271,750.

The US unemployment rate fell to 5.1% in August, a new seven-year low.

The US dollar index declined for a second consecutive day on Thursday, falling 0.3% to 95.74. Most of the dollar’s losses came against the euro and yen.

The dollar declined against the euro for a second straight day, as the EUR/USD exchange rate surged 0.6% to 1.1259. A clean break above this level would lead to a test of the September 21 high of 1.1330. On the downside, initial support is likely found at 1.1163, the daily low.

The USD/JPY declined 0.5% to 119.57 after Japanese Prime Minister Shinzo Abe announced a “new stage” of Abenomics, focusing on a strong economy, childcare and social welfare. The USD/JPY faces immediate support at 119.22 and resistance at 120.68.

The dollar traded inversely with gold, which rallied for a second consecutive day. Gold for December delivery, the most actively traded contract, rose $8.80 or 0.8% to $1,140.30 per troy ounce.

In other commodities, oil prices continued to slide after government data on Wednesday showed a bigger than expected rise in US gasoline inventories. West Texas Intermediate crude fell 31 cents to $44.17 a barrel. Brent crude, the international price gauge, declined 8 cents to $47.67 a barrel. 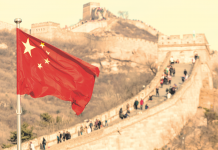