Because currencies are always traded in pairs, they are most often spoken about as moving up or down against other currencies, rather than getting stronger or weaker in their own right. However, when you read a forex news report about the US dollar, you will often hear about something called the ‘dollar index’, or the dollar strengthening or weakening against a ‘basket’ of currencies. For example, in the news items on Traders DNA, we often include charts of the US dollar index, and talk about the dollar first and foremost in these terms. Today, we’re going to explain exactly what this is, and why forex traders should pay attention to it.

What is the USDX?

The US dollar index (USDX) is a method for gauging the relative strength of the dollar, in much the same way as the FTSE 100 can be used to gauge the relative strength of the UK stock market. It’s basically an average of the exchange rates between the dollar and a ‘basket’ of six other major currencies, with some of these currencies having more importance than others. These are the:

This accounts for the currencies of 22 countries, with 17 of these using the same currency (the euro). Although these countries only account for a small proportion of the global population, there are many other currencies in the world that mirror the US dollar index quite closely, which makes the index a very useful tool for measuring the global strength of the US dollar.

Because some currencies are used by larger economies than others – with the eurozone economy being much larger than Sweden’s, for example – some currencies are assigned more importance in how the USDX is calculated. This importance, known as ‘weighting’, is worked out on a percentage basis.  The following chart demonstrates the current weighting of currencies in the dollar index basket:

As we can see from the chart, the euro – used by 17 countries – is by far the most important currency in the basket. The next most important is the yen, which makes sense because Japan has one of the biggest economies in the world, and the only country in South-East Asia to have a currency that is considered one of the ‘Major’ currencies. The remaining four make up less than 30% of the USDX. The importance of the euro means that, when EUR/USD rises, the USDX tends to fall – unless there has been a particularly major market-moving event involving one of the other five currencies.

Above, you can see an example of a USDX chart. The index is calculated 24 hours a day, five days a week – reflecting the trading hours of the global forex market as a whole. Also, it measures the value of the dollar relative to a base of 100. This means that, when the dollar index began in 1973, shortly after the dismantling of the Bretton Woods system, it had a nominal value of 100.

How is the U.S. Dollar Index Worked Out?

While you probably won’t ever feel the need to perform this calculation yourself, here is the calculation that is used to work out the USDX value:

The USDX is very useful for forex traders because it tells you how strong the dollar is against other major currencies. However, because it is so heavily weighted towards the euro, it doesn’t always paint an accurate picture of the dollar’s true global strength, particularly in terms of how competitively priced US goods are against those of other countries. That’s why the Federal Reserve invented a new kind of dollar index in 1998 called the ‘trade-weighted U.S. dollar index’.

Here is the current percentage weighting of this index:

This index is worked out in the same way as the standard USDX, with the only differences being the currencies used in the basket and their relative weights. It includes countries from all over the world, and given the trend towards globalisation and emerging markets, it is perhaps a more accurate reflection of the dollar’s true global value.

Today, we’ve given you a broad outline of what the US dollar index is, and how it is worked out. If you feel the need for more detail, much more in-depth explanations of the US dollar indices, along with monthly historical charts, are available from the US Federal Reserve. In the second part of our series on the US dollar index, we shall be looking at how forex traders can use the index in their trading. See you then!

The US Dollar Index Explained: Part 2 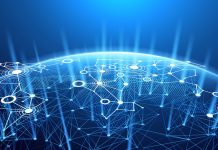 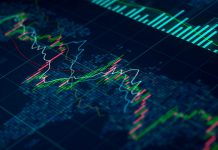