The US dollar continued to backtrack on Tuesday, as the euro and British pound rose to new highs as the United States Federal Reserve kicked off its two-day policy meetings in Washington.

The US dollar index, a weighted average of the dollar against a basket of currencies, fell 0.6% to 96.20. The US dollar has been in freefall for the past several weeks, as disappointing economic data reinforced expectations that the Federal Reserve will keep interest rates at record lows for the foreseeable future.

The Federal Open Market Committee kicked off its April policy meetings on Tuesday. The FOMC is expected to announce no change to monetary policy on Wednesday.

Disappointing economic data continued to underlie the dollar’s weak performance. On Tuesday the Conference Board said US consumer confidence plunged unexpectedly in April, giving up the previous month’s gains. The consumer confidence index, a proxy for consumer spending, declined to 95.2 in April from 101.3. A median estimate of economists called for an increase to 102.5.

“Consumer confidence, which had rebounded in March, gave back all of the gain and more in April,” said Conference Board Director Lynn Franco in a statement. “This month’s retreat was prompted by a softening in current conditions, likely sparked by the recent lackluster performance of the labor market, and apprehension about the short-term outlook. The Present Situation Index declined for the third consecutive month. Coupled with waning expectations, there is little to suggest that economic momentum will pick up in the months ahead.”

The US dollar was weaker across the board on Tuesday, plunging 100 pips against the euro in intraday trade. The EUR/USD consolidated at 1.0972 in the North American session. That represents a gain of 0.82 percent. The pair looking to test the 1.0989 resistance. Immediate support is located at 1.0831.

The dollar also lost ground against the British pound, which shrugged off disappointing first quarter GDP figures. The GBP/USD rallied more than 100 pips to reach its highest level in more than two months. The pair consolidated at 1.5333, up 0.7%. The GBP/USD is likely to face resistance at 1.5360 and support at 1.5142. 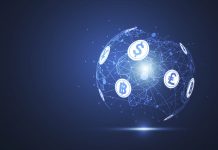