The Thomson Reuters/University of Michigan preliminary consumer sentiment index slipped to 91.2 this month from 95.4 in February. That was the lowest reading in four months. A median estimate of economists forecast a slight increase to 95.5.

Consumers’ appraisal of the current situation fell 3.9 points to 103 in March, also a four-month low. Consumers’ outlook on the economy six months from now decreased to 83.7 from 84.0. That was the lowest reading since November.

The final estimate of consumer sentiment will be released on March 27.

The report came just one day after the Department of Commerce said US retail sales declined for a third straight month in February. Retail sales declined 0.6 percent, following a 0.8 percent drop in January. Core sales, which are closely aligned with the consumer spending component of gross domestic product, were virtually unchanged.

Higher gasoline prices are also weighing on consumers. Prices at the pump have rebounded by around a third between January and February, suggesting that the market was stabilizing after a seven-month rout halved global gas prices. However, according to a recent forecast from Goldman Sachs, crude prices are expected to tumble back down to $40 a barrel this year, as the supply glut intensifies.

The consumer sentiment index increased 14 percent year-over-year, reflecting broad improvements in the labour market. The US economy added another 295,000 jobs in February, the 13th consecutive month employers have added more than 200,000 payrolls.  The unemployment rate fell to 5.5 percent, a more than six-and-a-half year low.

Still, stubbornly low wage growth continues to hamstring consumers, raising concerns about the quality of jobs being created in the labour market. Average hourly earnings are increasing at an annual rate of around 2 percent, well below what the Federal Reserve would like to see.

The Fed has kept its target for the overnight rate near zero since December 2008 and will likely do the same next week. However, policymakers are reportedly considering dropping the word “patient” from the official rate statement, suggesting a midyear rate hike may still be on the table.

Crypto Haters’ Bitcoin Cynicism Is Placing Them On The Wrong Side... 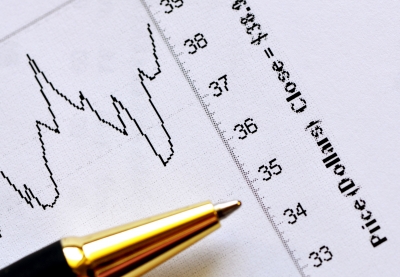