The euro hit a two-year high against the dollar this morning, and is now holding steady after recovering from a sell-off. The dip was prompted by the release of disappointing eurozone data, which showed the pace of growth in business activity slowing unexpectedly this month.

The data in question was the monthly purchasing managers survey, and the lower-than-forecast results suggest that the recovery in the region may not be as robust as had been thought.

However, the euro has been boosted by upbeat Chinese data, which saw an increased interest in riskier currencies including the Australian dollar, and the widespread expectation that the US Federal Reserve will maintain its monetary stimulus programme well into the new year.

A Chinese purchasing managers’ survey (PMI) showed that Chinese manufacturing activity hit a seven-month high in October on the back of rising optimism around the Chinese economy and an increase in orders.

Meanwhile, the dollar has continued to flounder, with the dollar index hitting a near nine-month low due to weak nonfarm payroll data on Tuesday, a drop in 10-year Treasury yields on Wednesday to a three month low, and the Fed’s continued dovish policy regarding monetary stimulus. 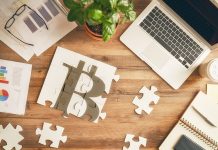