In the previous lesson, we looked at how to approach a news trade with a directional bias. Today, we’re going to be looking at how to do the same for a non-directional trade – also known as a ‘straddle’ trade.

For this type of trade, the most important thing is to decide on the news reports you want to trade. Ideally, you only want to trade those reports that tend to cause the biggest moves, as this increases the likelihood of a big move after their release.

Once you have done this, you should look at the price action for the previous 20 minutes or so and take note of the high and the low. The high will be your upper breakout point, while the low will be your lower breakout point. As with the example in the previous lesson, it is worth noting that the smaller this range is, the more likely it is that there will be a big move following the news report.

Then, set your entry levels at the breakout points, and your stops approximately 20 pips above and below the breakout points. Your targets should be about the same as the range of the breakout levels. So you are looking to place a trade whether price breaks out on the upside, or on the downside. 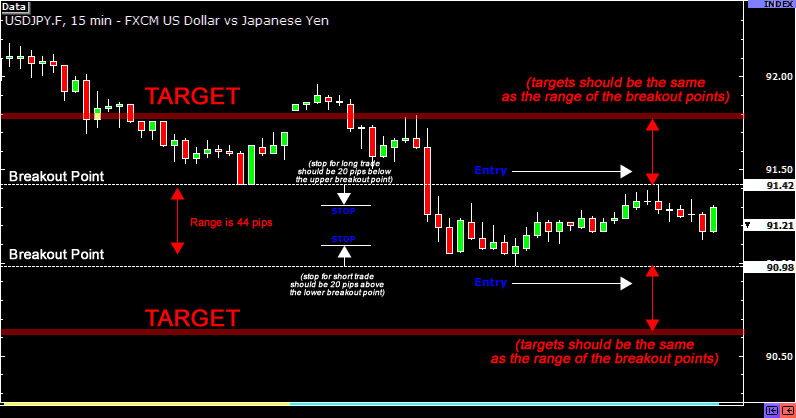 Now that you have set up to enter the market no matter which way price goes, you just have to wait for the news release to come out. You may get triggered in one direction only to get stopped out because the price makes a dramatic reversal in the other direction. However, if this happens, the chances are that the other entry will be triggered and if it turns out to be a winning trade, you could still recoup your losses and come out slightly ahead.

Ideally, you would want only one of your trades to be triggered and have the price go all the way up to your target so that you don’t incur any losses, but either way you should still end up ahead if you set up the trade correctly.

The non-directional bias approach can be particularly useful because it eliminates emotions from your trading decisions – all you are looking for is a profit when the move does happen. Because you will be triggered either way, this allows you to take advantage of more trading opportunities.

Although these aren’t the only strategies for trading the news, the concepts underpinning them should always come into play when you are considering how to approach a news-based trade.

When trading the news, there are a few key things to bear in mind:

As with any trading method, you need to practice trading on lots of different reports before you will start to get a feel for which ones make the market move, which ones to avoid, and how much of a surprise will be required to move the market. Preparation is key – do your homework and make sure you study the economic indicators to find out why they are important. 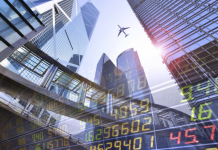 Bank of England to Keep Interest Rates at Historic Lows