In the previous instalment, we looked at what might happen in the markets if a U.S. unemployment figure came in below or above expectations. Often, however, the market behaves in exactly the opposite way to how you might expect it to. So, if there was a surprising drop in the unemployment number, the dollar could fall, despite this being an apparent sign of a strengthening economy.

There are a few different reasons why the dollar could fall even though the economy appears to be strengthening. For example, the long-term trend of the U.S. economy might still be on a downwards trajectory, even if the latest figure suggests a sudden rise. It’s worth bearing in mind that there are several fundamental factors in play when it comes to the overall strength or weakness of an economy. So even if the unemployment rate dropped, this might not persuade the major players to change their perception of the dollar.

Another possible reason is that there could be a short-term factor underpinning the latest figures. For example, many companies hire extra staff around the holidays to cope with the influx of festive shoppers. This might cause a short-term drop in the unemployment rate, but may not indicate a major change in the long-term outlook for the economy.

A more accurate method for measuring the employment situation would be to look at the figures for last year and compare them with that of this year. This will show you if the job market has actually improved, or if we are just witnessing a seasonal blip. So, it’s always worth looking at the big picture before making any decisions based on the latest data.

With the expectation of further rises, you prepare to go short on the dollar – perhaps with a USD/JPY trade. So, just before the unemployment rate is set to be anounced, you would look at the price action of USD/JPY for the previous 20 minutes and take note of the high and the low – these will be your breakout points. It’s worth noting that the smaller this range, the more likely it is that there will be a volatile move.

Given that your outlook on the dollar is bearish, you might choose to pay particular attention to the lower of these two points. As you are expecting the dollar to drop, you set an entry point a couple of pips below that level, as in the following chart: 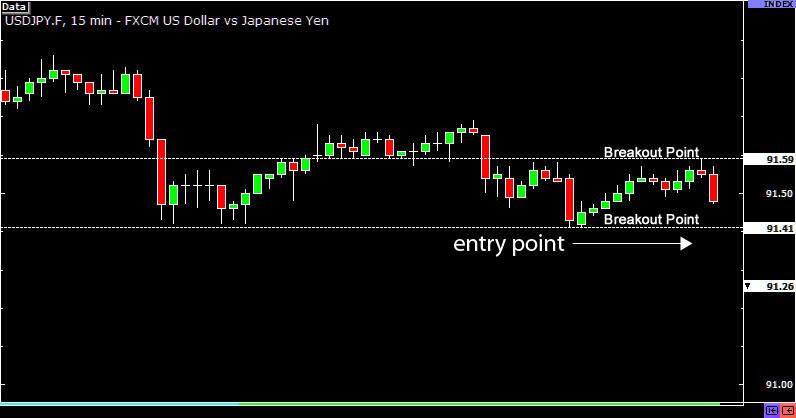 Then, you would set a stop at the upper breakout point, and set your limit for the same amount of pips in the other direction. 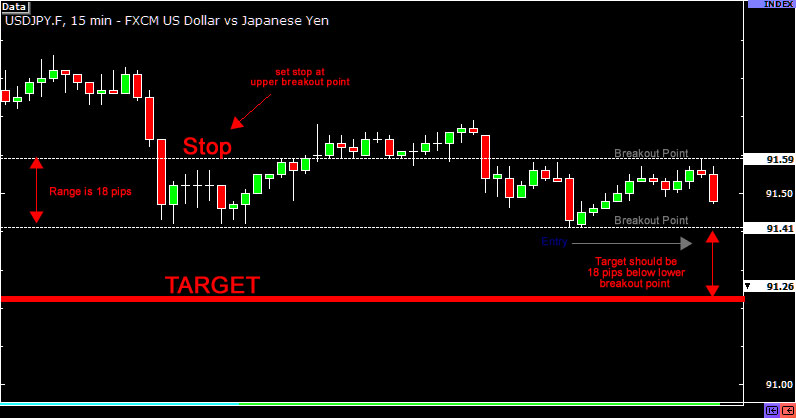 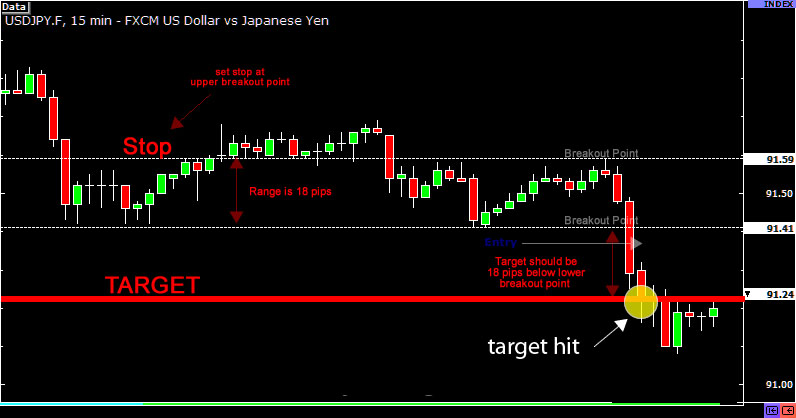 Later, you see that your target gets hit and that you have just bagged a profit. When trading with a directional bias, it’s important to fully understand the concepts that underpin the news release you are planning to trade. If you don’t know what effect this will have on particular currencies, you will be far more likely to set up your trade wrongly. That’s why it’s worth spending a bit of time learning about the effects that each report can tend to have on the forex market.

Financial Privacy In Crypto At Stake: The Zcash Case And Regulation...