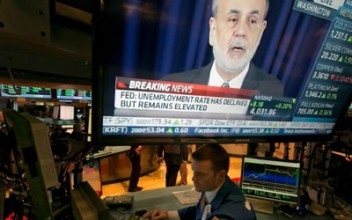 Some news events are worth trading, others, less so. Why? Well, some of them have a tendency to create volatility in the markets, whereas others don’t. We call the ones that do ‘market movers’ – the ones that have the most importance to the value of currencies, and the outcome of which tend to be harder to predict. Those that don’t affect the currency values much, or whose outcomes are very predictable because they follow on from previous related indicators, don’t tend to be considered tradable news releases.

Although the markets react to economic news from all over the world, the economic news releases that move the markets most profoundly all tend to come from the U.S. This is because the U.S. has the biggest economy in the world, and the U.S. Dollar is far and away the world’s leading reserve currency. As a result, the U.S. Dollar is involved in around 90% of all Forex transactions, and this makes U.S. news and data of paramount importance to currency traders.

With this in mind, let’s look at some of the most volatility-inducing news releases for the U.S. 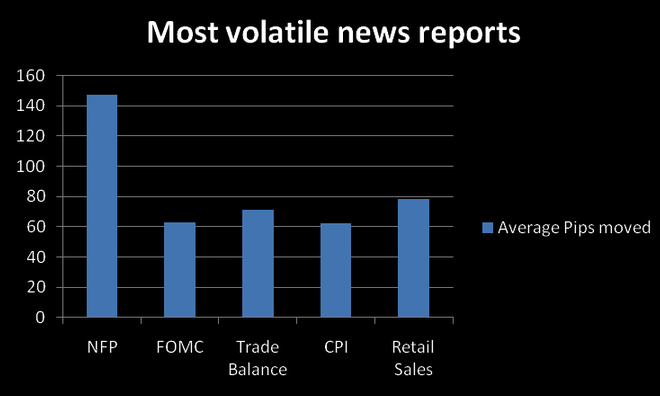 As well as employment data, central bank discussions, and other key indicators of the health of the economy, you should also keep an eye out for geopolitical events such as war, elections, political unrest, and natural disasters. While these may not always have the market-moving capability of the major economic releases, they are nonetheless worth paying attention to.

Another thing that is worth keeping an eye out for is major moves in the stock market. Often, trends in the stock markets may be echoed in the forex market, and national stock market indices often have a strong correlation with the currency of that country – the Nikkei and the yen being a prime example.

Having established which news events create the greatest volatility in the forex market, we should now turn our attention towards which currency pairs are the most worth trading.

Because news can increase the volatility in the currency market, presenting more trading opportunities, it is vital that the currencies you trade based on the news have high liquidity. This minimises the potential issues that can arise, such as slippage, when trading a major news event. Here are the most liquid currency pairs – notice that they all involve the U.S. Dollar and one other major currency:

Currency pairs with high liquidity tend to have the tightest spreads, and this can also help to minimise the widening of spreads that can occur when the market is particularly volatile.

In the next instalment, we shall look at some of the various approaches you can take when trading the news.